As a signficant minute repeater wristwatch, Breguet Tradition Répétition Minutes Tourbillon 7087  is famous for its complicate minute repeater which features ranging from a unusually shaped gongs to a vibrating bezel and crystal.

The Tradition Chronographe Indépendant is an innovative new chronograph construction. The one that really takes the cake, however, is the Tradition Répétition Minutes Tourbillon 7087, a striking wristwatch with several novel and innovative features. 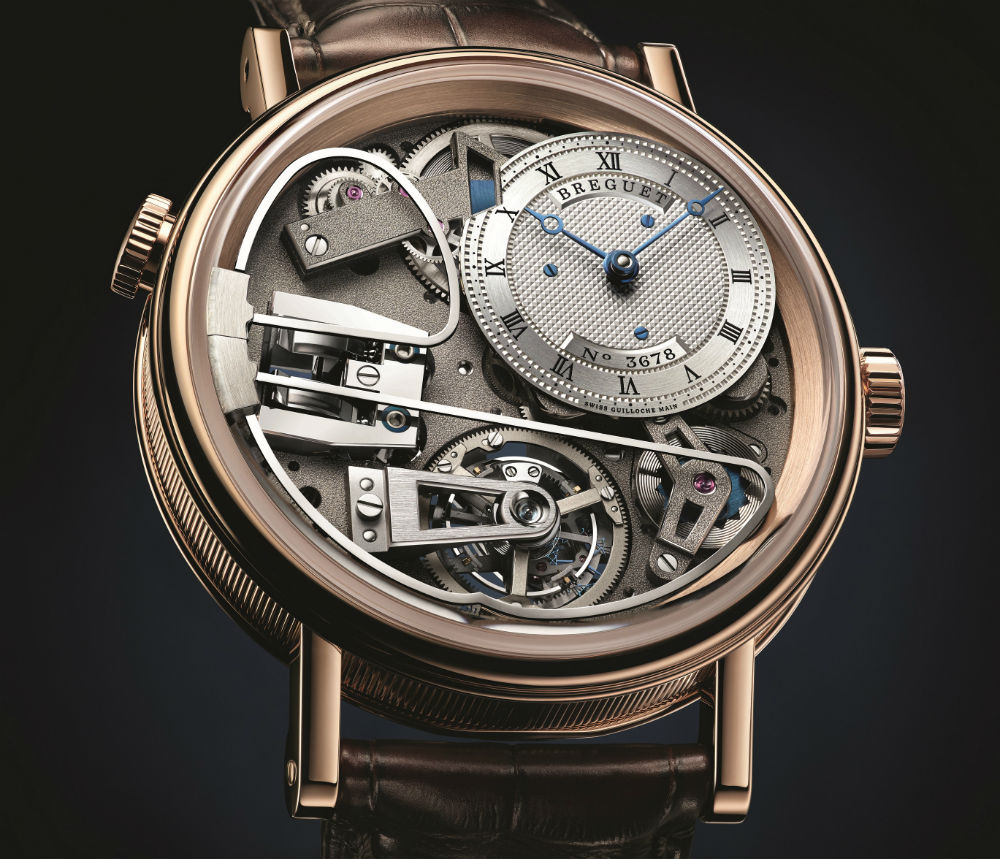 Wristwatch minute repeaters have evolved significantly over the last three decades, beginning as what were essentially miniaturised pocket watch movements, to rapid progress in recent years, with Cartier, Piaget and Jaeger-LeCoultre making notable timepieces. But the new Breguet Tradition Répétition Minutes Tourbillon 7087 goes further than most in its reinvention of a traditional complication.

To start with the Tradition repeater is automatic, with a peripheral rotor that is mounted around the edge of the movement. That minimises the space needed for the winding mechanism, and also leaves the view of the movement unobstructed. Its power reserve is 80 hours, with a power reserve indicator at 12 o’clock, just beside the time display. 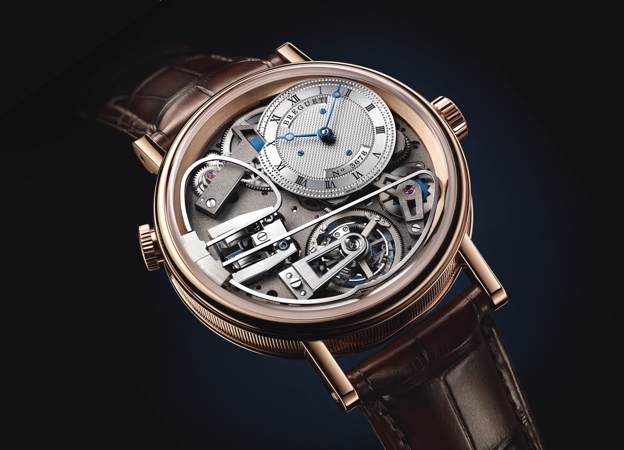 The Breguet watch was constructed in order to achieve a particular type of sound, selected from a set of 100,000 synthetic sounds. Consequently, much of the construction of the Tradition repeater is departs from tradition.

Instead of the conventional round shape that were invented by Abraham-Louis Breguet himself in 1783, both gongs are bean-shaped and differing in size. These gongs are attached to the bezel, itself mounted on the case band with three pillars that allow both the bezel and crystal to vibrate. That vibration aids the tranmission of sound from the gongs to the outside of the case. The gongs are made from gold as is the watch case, namely white or rose gold, while the base plate and bridges of the movement are titanium. Titanium’s lightness means it transmits sound well.

The Tradition Répétition Minutes Tourbillon has a case diameter of 44 mm, with the button at 11 o’clock to activate the repeater. A bayonet locking mechanism secures the button, requiring a slight twist to unlock it.

Breguet Art and Innovation in The watchmaking industry