You most probably remember the first execution Autavia ref. 2446 that sold for over $200,000 in late January 2017. It not only set a public record for such a watch, but also (and more importantly) is the best example of this reference ever seen, according to many of the biggest Heuer collectors on the planet. Just a quick glance at the dial makes this obvious, with the lume being perfectly patinated and the white sub-registers free of any imperfections. 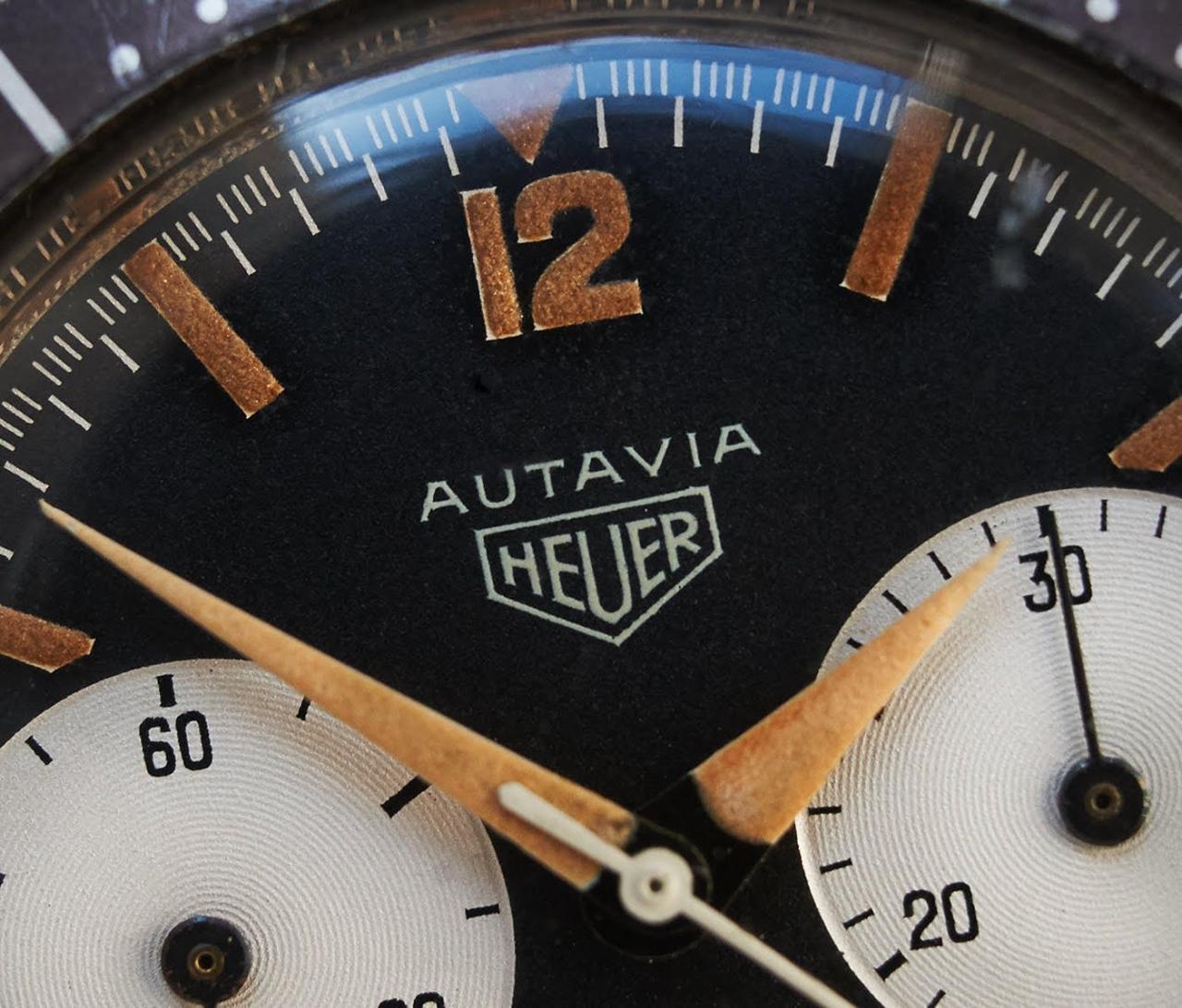 Is there such thing as a perfect vintage condition? Maybe.

While we covered its initial high-profile sale, we also made sure to follow the watch, eventually connecting with its new owner in California. He told us that he was a firm believer in the old mantra “condition, condition, condition” for collecting vintage watches, and that this Autavia could not fit the bill any better. This is why he patiently waited years to purchase the “right” first execution 2446.

While the watch could have ended up sitting in a safe for years, the new owner decided to give it the opposite life, taking it with him to a very important place: back to Switzerland, where the watch was made back in 1962. More specifically, he brought it to the headquarters of TAG Heuer in La Chaux-de-Fonds (note that at the time the Autavia was made, Heuer’s production facilities were located in Biel). 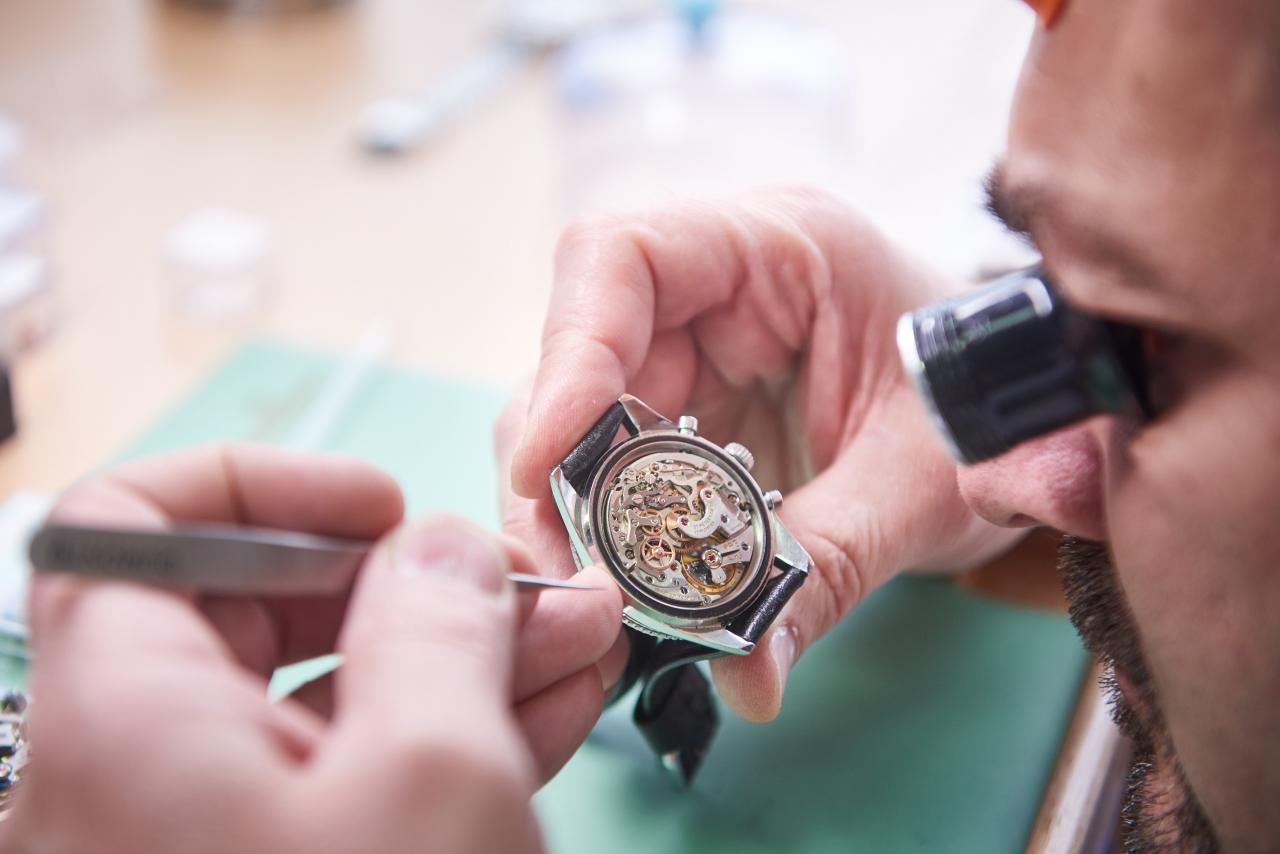 The Valjoux 72 caliber under the examination of a TAG Heuer watchmaker.

There, the watch was opened and assessed by the in-house restoration department, and one crazy fact emerged: the movement had never been serviced. Never. It hadn’t be touched in more than 50 years, confirming the suspicions of the recent seller, as hypothesized in the listing. While we knew that the dial was pretty perfect, both the owner and TAG Heuer’s watchmakers were surprised to see how well-preserved the watch truly was, inside and out. 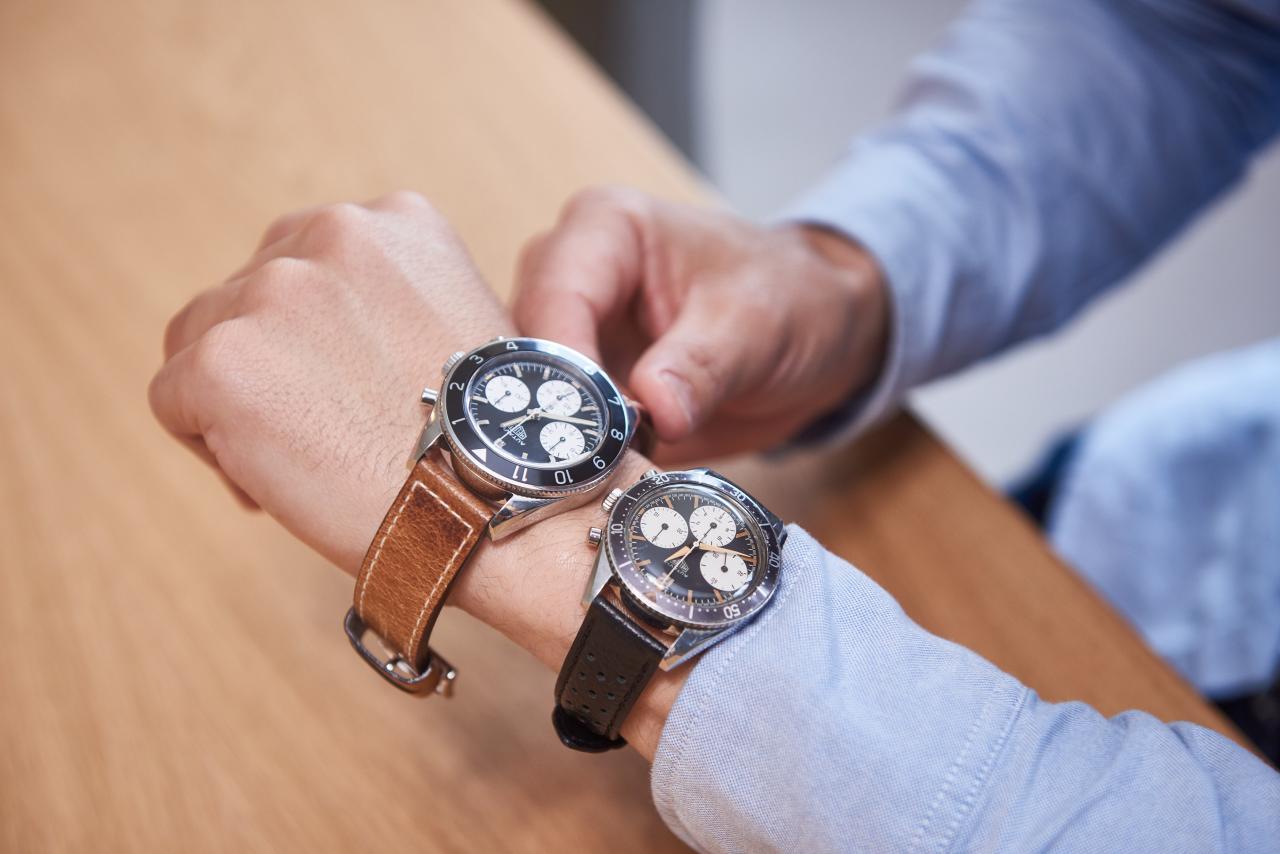 A double Autavia wristshot with the new and vintage models.

Any visit to the TAG Heuer restoration department comes with a look at the impressive stock of vintage parts they have on hand, something we had a chance to see during the Heuer Collector Summit last year (not that this Autavia was in need of anything). It was a busy day for the collector and his watch, since a visit to the Heuer Museum followed. Here, the Autavia met many of its siblings, cousins, and extended relatives, some even engraved with the names of the Formula 1 drivers that wore them during races decades ago; many Ferrari drivers in particular received such pieces during the 1970s.

The presence of this vintage Autavia also allowed for an interesting comparison with the modern re-issue of the Autavia (although that the latter was inspired by a later execution of the ref. 2446). The thickness and diameter have obviously increased (a lot), but the reverse panda dial remains the central feature of this chronograph, and the black rotating bezel is just as striking. Looking at both, there is some undeniable continuity in the design of these Autavias, separated by the better part of a century. 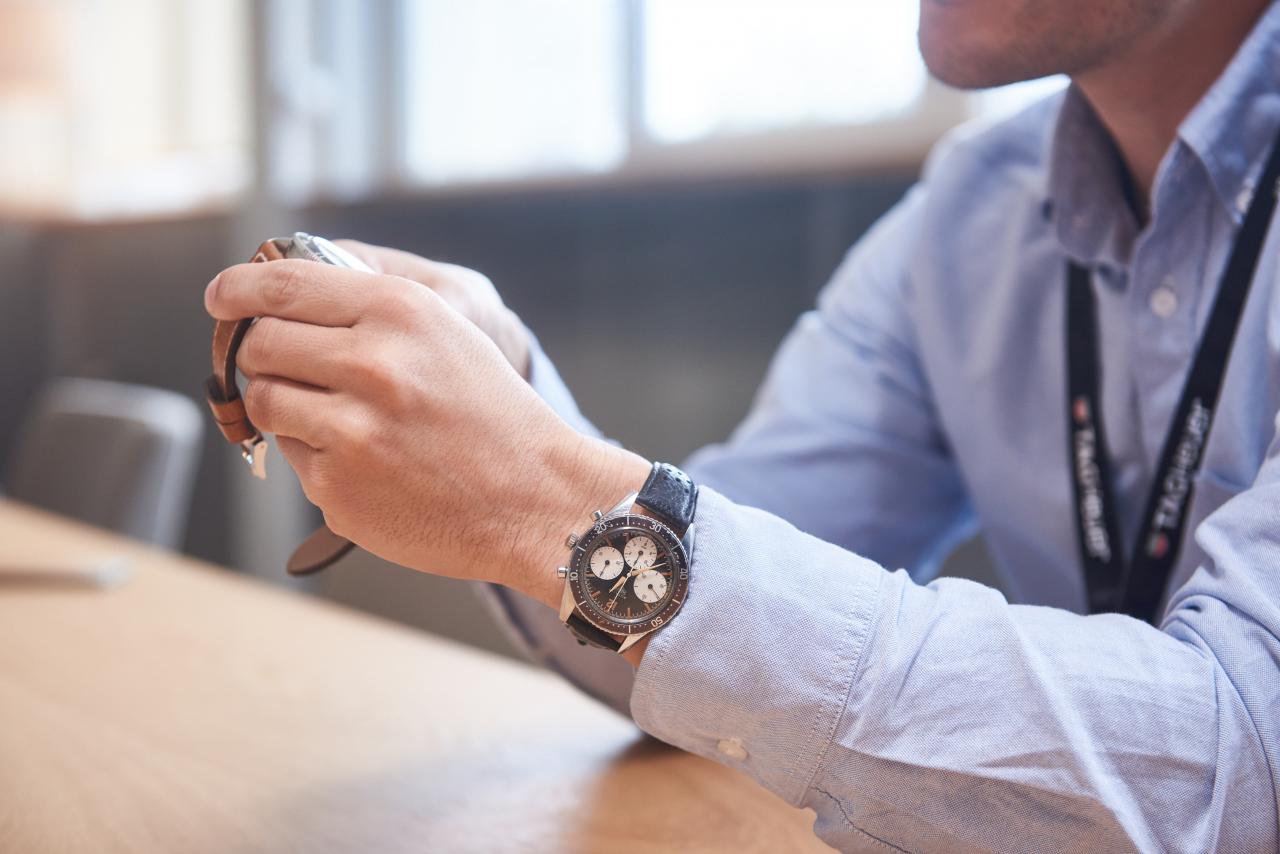 A wristshot of this superb Autavia.

The choice to make use of TAG Heuer watches for your film came when director Matthew Vaughn was trying to find to get a timepiece that was not merely hard, but also clever and looked elegant on the wrists of your Kingsman agents. The TAG Heuer Linked inevitably came to his attention and he promptly agreed. To counter the stylish high-tech timepiece of the British secret agents, the wrists in the American Statesmen will characteristic the legendary Monaco Calibre eleven. Each watches have been developed to withstand anything at all but in addition expresses class and style.

The expanding collection at the Museum and the busy restoration department underline the attention that TAG Heuer pays to its heritage. It shows that this engagement goes far beyond product launches, benefitting to the entire community of collectors worldwide.

You can check out our early look at the prototype of the new Autavia and learn more by visiting TAG Heuer online.