The Jaeger-LeCoultre Duomètre Quantième Lunaire White Gold is a refined but also unique watch, it reveals part of the watch’s movement to stand out in the haute horology world.

Aside from the semi-open dial now being offered in 18k white gold for the Duomètre Quantième Lunaire model, there is a slightly revised dial for the time as well as a slick new disc for the moon phase indicator. This much more impressive moon phase disc in blue and gold calls welcome additional attention to this area and continues a trend for watchmakers to focus on making the moon phase indicator either more realistic in appearance, or just more interesting overall. A laser is used to make the small stars and the moons themselves are now textured versus mere polished circles. 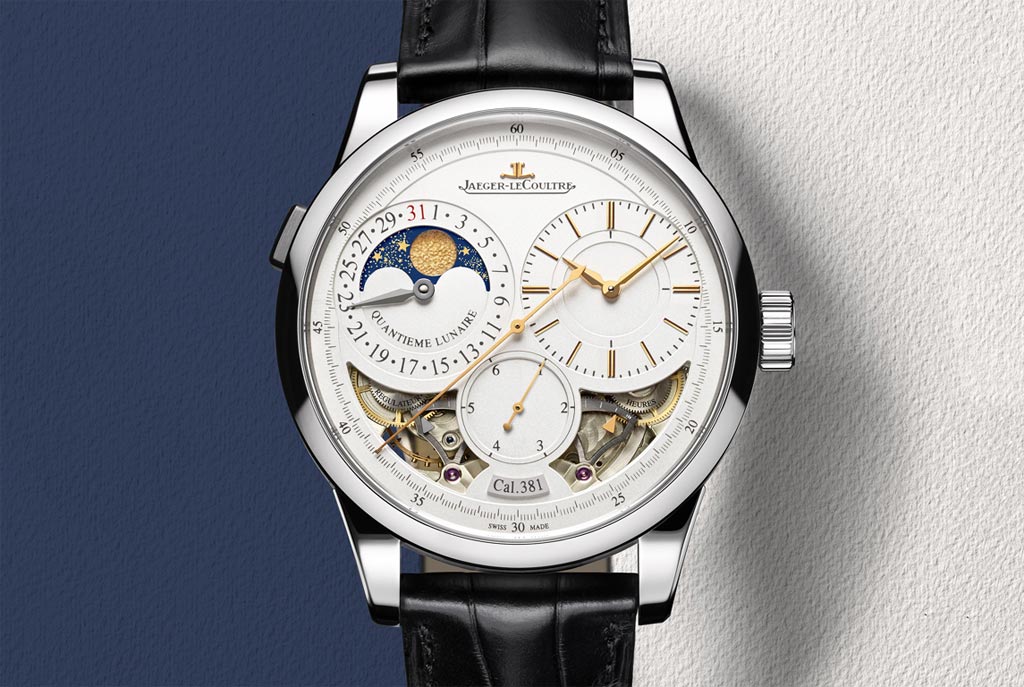 My favorite feature of the Duomètre Quantième Lunaire is one that you might think is funny, but I am just now discovering it for some reason. Either this is new or I just didn’t really happen to bother noticing until now – but I am glad that I finally did. At about 10 o’clock on the case is a pusher that is used to adjust the date (the date dial itself surrounds the moon phase indicator window). Now, pushing this pusher is sheer mechanical joy. I know it sounds silly, but the tactile experience from pressing in and releasing the date adjuster pusher is a watch nerd’s dream.

There are numerous examples I can think of that also refer to cathartic experiences we have when pressing or pushing something. Certain things that click or clack, or just have a great sensation when being pressed are similar to how the pusher on the Duomètre Quantième Lunaire case feels. If I was to own this watch the date would never be correct and I would be compulsively pressing the date adjuster pusher all the time. In fact, I bet this feature is a pushable button rather than an inset pusher precisely because someone at Jaeger-LeCoultre also found it amazingly gratifying to use this feature. 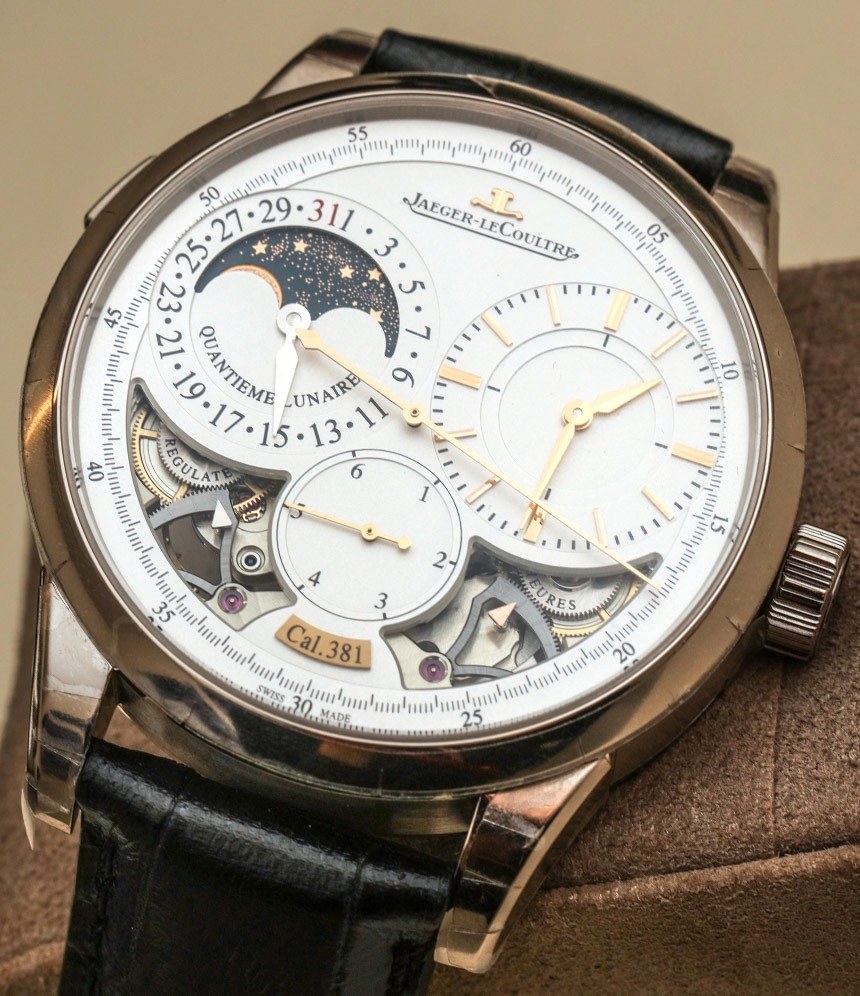 That type of attention to detail is why the Jaeger-LeCoutltre Duomètre collection stands out even among other higher-end Jaeger-LeCoultre timepieces. The Duometre “dual wing” concept is about having a single movement that is separate between telling the time and the other complications. This there is a single regulation system (balance wheel plus escapement), there are two mainspring barrels, and two power reserve indicators. The idea again is to ensure that the system for telling the time isn’t adversely effected by the operation of the other systems such as the moon phase indicator or the date. 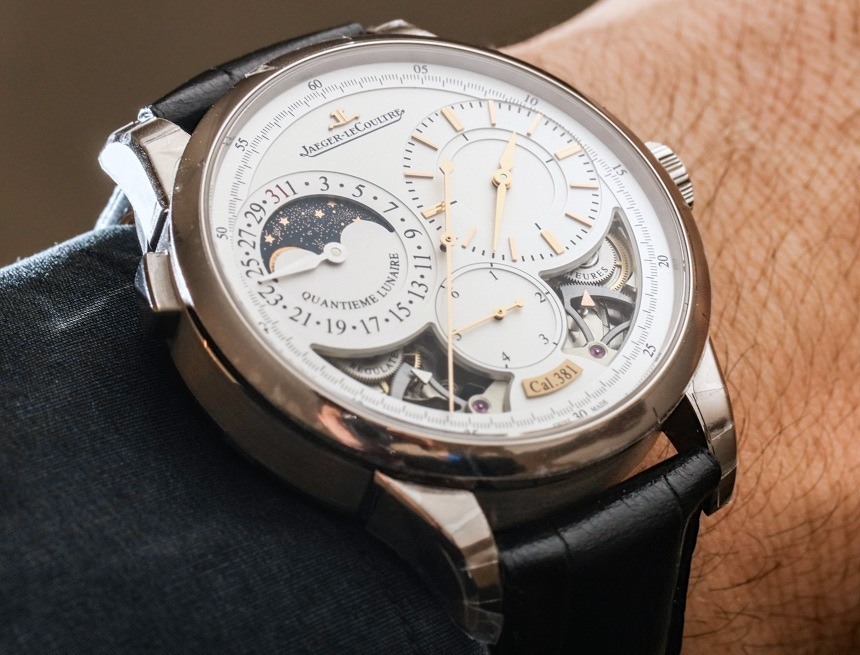