The JLC Master Tourbillon Enamel is not new. We first saw it in 2013 when it was presented in a white gold case and a miniature painting on the dial depicting a scene with two cranes surrounded by bamboos. Miniature enamel paintings are a speciality of JLC, and have been featured in many of their watches.

This year, the Master Tourbillon Enamel is presented as a special execution using a unique Métiers Rares technique to create a spectacular dial. 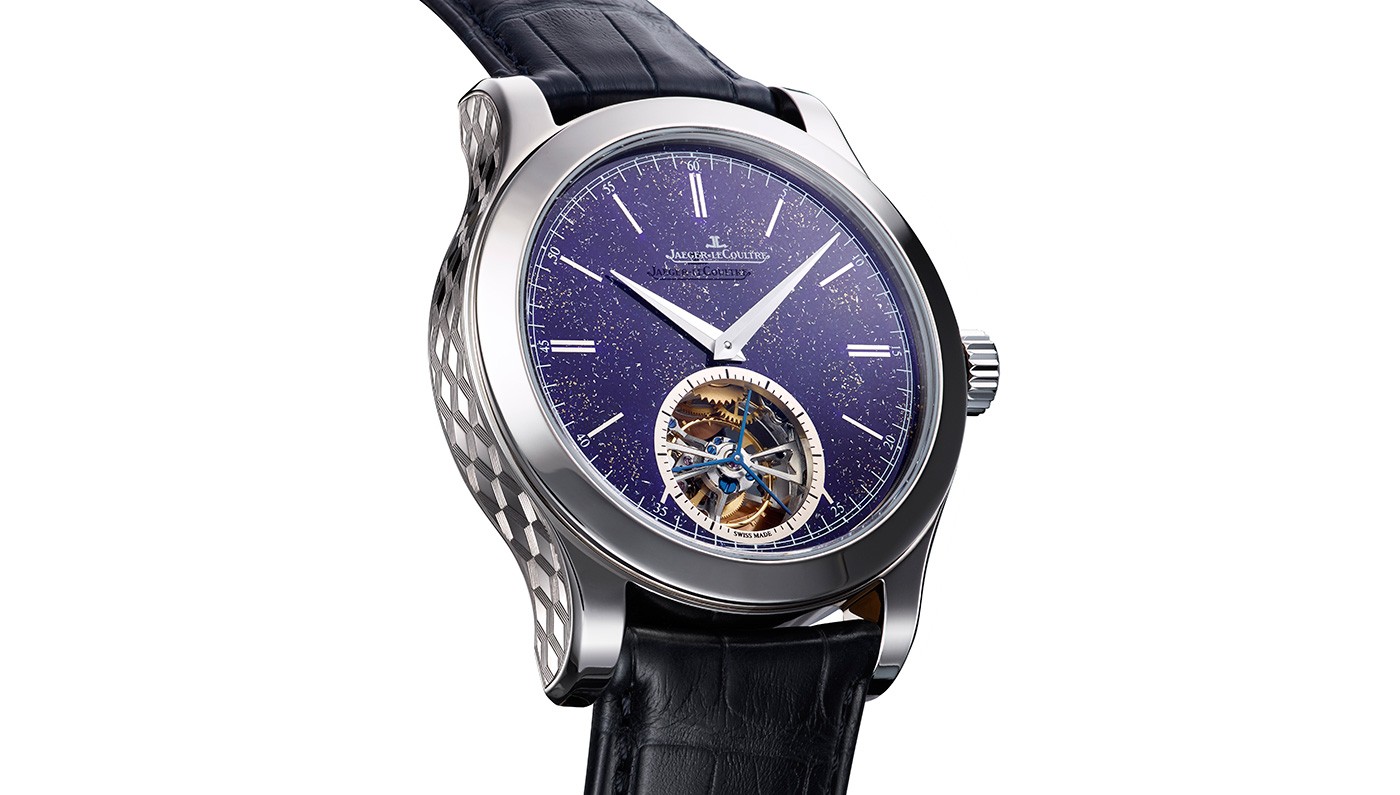 The case is the standard JLC Master case which measures 43mm in diameter. The side of the case is decorated with an intricate pattern which gives the impression of a 3 dimensional lattice of cubes stacked on each other. We quite like the effect, and lifts the aesthetics a notch up, giving the case side an added dimension.

The hands are standard JLC Dauphine styled hands, faceted and polished. But the magic of the watch is in the dial.

The dial is a special execution, using the technique JLC describes as Métiers Rares  (rare craft) where an artisanal specialist sprinkles specks of gold and silver shavings on transparent blue enamel. The result is like looking up on a clear night sky and gazing at the stars of the universe. And every piece unique. Bewildering. The glitter of the shavings as it catches the light against the deep blue, and translucent blue enamel looks much like the 3 dimensional interpretation of the night sky. Beautiful.

Even the print of the Jaeger LeCoultre logo, and the minute track around the circumference of the dial looks like it is floating above the night sky scene, creating a visual spectacle.

Jaeger-LeCoultre currently uses this calibre in 11 watches, making it their most commonly used caliber, but due to its complexity and high cost of manufacture, total numbers made remain low. The 978 used in the JLC Master Grand Tourbillon Enamel measures 7.05 mm high. A dual timezone version, designated as 978B also exists, and is slightly higher at 7.10 mm.

The movement receives the 1000 hour testing specified by JLC, and is certified as Master Control upon passing. It bears a beautiful rotor, the polished JLC logo is set in relief against a sand blasted background. The rotor design also features raised ribs with a linear grained finish. This contrasting styles of finishing, juxtapositioned on the rotor gives it a detailed look which is eye catching and attractive. 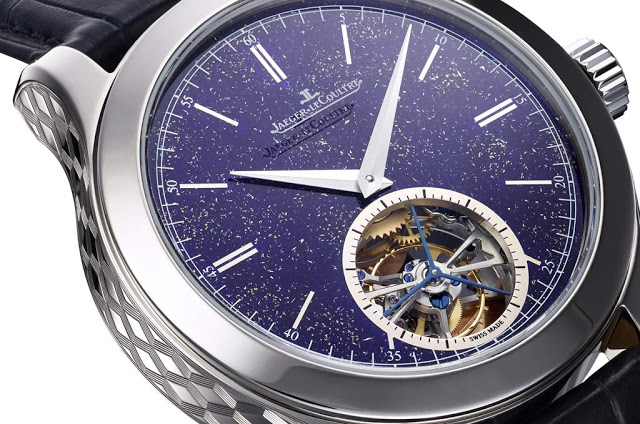 Also of note is the bridge which holds the arbor of the tourbillon. This is robustly machined from a huge plate covering almost half the movement, and ensures a stable, robust base for the tourbillon.

Dial side, the tourbillon is beautiful. The carriage is nicely polished, and it sits captive within the polished bridges.

Overall movement finishing is quite good, in line with the modest price of the movement. Admittedly the final price of the JLC Master Grand Tourbillon Enamel is driven up by the intricate and magnificent dial.

The Jaeger LeCoultre Master Grand Tourbillon Enamel in White Gold is suggested at a retail price of US$ 100,000 before taxes. While there are many tourbillons at that price range, none feature a special execution dial which feature a pattern created by a specialist using gold and silver shavings. An effect, which we must say is very attractive. But perhaps it might be of interest to compare to other tourbillons with plain enamel dials.

As mentioned, the charm of the JLC Master Grand Tourbillon Enamel is in its magnificent dial. The visual spectacle is amazingly beautiful, and mesmerizing. Once one falls in love with its charms, one never escapes.

Jaeger Lecoultre – The almighty From The Jewelry Dances His Distance To Jail No, Not For Selling Fugly Watches