Watches have a lot going for them compared to, say, a coat or pair of trainers. They’re trendproof for the most part, easy to wear (once you heed the golden rule of matching the size of your watchface to your wrist) and they’re available at price points that run the gamut, too – from a Casio at a cost equivalent to a few coffees to A. Lange & Söhne’s potentially bankrupting models priced north of a million quid.

But with great choice, comes great indecision. Obviously you’ll have a good idea of how much you’ve got to play with when it comes to buying a timepiece, but how can you make sure you’re getting value for money? Which brands are worth shelling out for and which are best given the cold shoulder?

“It all depends on three things: longevity, usage and occasion,” says Muhaddisa Fazal, Fine Watch Buyer at The Watch Gallery. “If you can see yourself wearing a watch every single day, invest a few more quid as you’ll get more wear to justify the cost – plus, better quality usually means better durability.”

(Related: The watches you can pass down to your kids)

With that in mind, here’s our tiered guide to timepieces:

The baseline. While most watch enthusiasts would balk at the idea of spending such a ‘small’ amount on something so apparently significant, some of us are fine (thanks) with a watch that tells the time and looks decent while doing it. (Even if it wasn’t painstakingly hand-assembled in Biel.)

With a strapline like ‘Wear it well’, Timex makes no attempt to conceal the fact that its watches are more style, less feats of craftsmanship; more intended as an accessory, less a showpiece housed in a padlocked display case you stroke lovingly daily.

Try the Waterbury or Weekender collections for wristwear that’ll team nicely with looks from smart to casual. 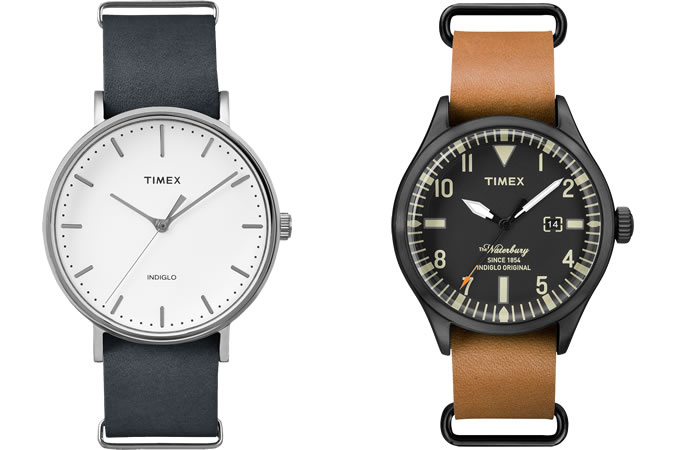 Founded in 1930, Tokyo-based brand Citizen has made a name for itself in moving with the times, pioneering the first light-driven technology way back in 1976. Nowadays, you’ll find simple, fuss-free classic styles for under £100, while those who like their watches a little more complicated can pick up a chronograph for under £500.

“Citizen is a Japanese stalwart,” says Terry Markham, Senior Buyer at WatchShop.com. “Its Eco-Drive technology has grown from strength to strength every year, and the brand’s new range is testament to this.”

The buying team at Goldsmiths agree: “You get an awful lot for your money with a Citizen. Eco-Drive means you never need a battery, while the brand’s Atomic Timekeeping function – with a 5-year guarantee – puts it at the forefront of technology.” 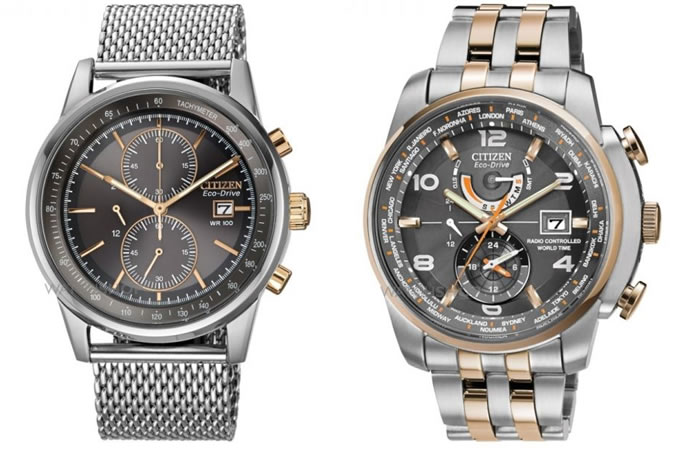 Got a little extra lining your pockets? Coughing up an additional few hundred pounds takes you up and out of the little league. “At this level of spend, you’re getting into investment pieces,” says Markham. “And you can begin to see a real focus on craftsmanship and attention to detail.”

Straight out of Detroit, Motor City success story Shinola has put American watchmaking back on the map. Well, maybe not making, but definitely assembling – the brand doesn’t produce parts in the US, but builds watches with Swiss- and Chinese-made parts there instead.

Which is something that, at this price, and with this level of considered design, we’re entirely OK with.

(Related: The watchmakers putting the US back on the map) 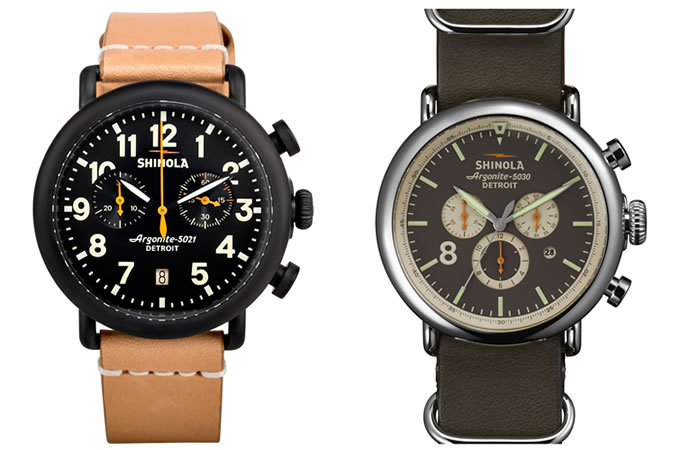 A relative new kid on the Swiss watchmaking block, this 1988-founded watchmaker has proved it learns fast, debuting its first in-house-developed movement in 2004.

“A watch brand proper, the Geneva-based Frédérique Constant manufacture sits within the same prestigious watchmaking hub as Vacheron Constantin and Rolex – a good indicator of the brand’s expertise – which it offers at a fraction of the cost of the former two,” says Fazal. 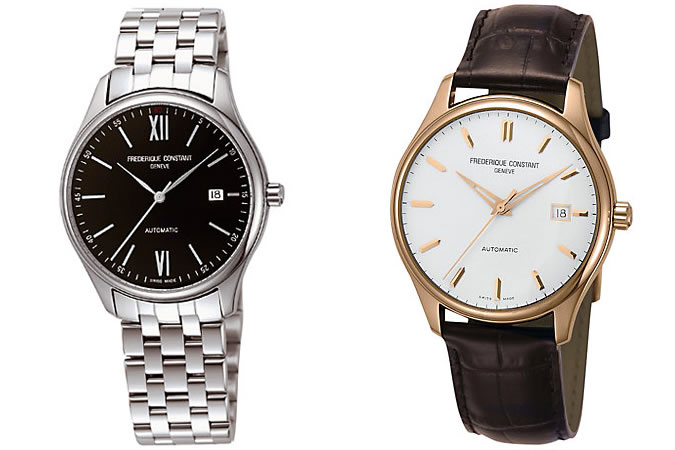 Arguably one of Switzerland’s more obscure watchmaking names, what Oris lacks in status (although petrolheads will know the brand from numerous Formula One driver endorsements), it more than makes up for in value for money. And despite starting out life in 1904, it’s one of the very few Swiss watch brands that remains independent, still manufacturing out of its Holstein base.

“While its range tops out at several thousand, Oris is known for its mechanical models in the £750-£1000 price range, like the BC3 and Big Crown,” says Markham. 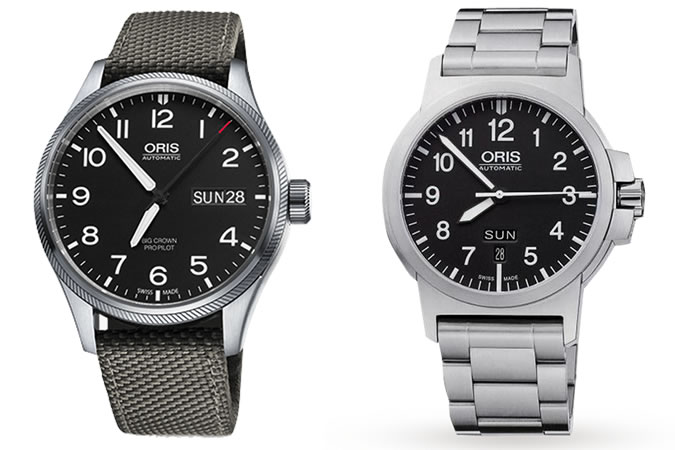 Now we’re talking; with a budget north of £1,000 you’ll unlock entry-level models from some of horology’s heavyweights. For most, this level of spend isn’t a small ask, so take time to consider your timepiece’s versatility before handing over your hard-earned.

(Related: Watches that will only go up in value)

With strong ties to sports (since the 1932 Olympics Games), space exploration (since Buzz Aldrin walked the moon wearing a Speedmaster in 1969) and James Bond (since Pierce Brosnan’s outing in GoldenEye), Swiss luxury watchmaker Omega’s appeal has proved especially enduring.

Although a sizeable chunk of what you’re paying for here is branding, it’s bloody good branding. Which is, let’s face it, half the fun of buying a mechanical watch, seeing as your smartphone will tell the time more accurately for longer.

Plus, Omegas are Swiss-made, and although technically mass-produced, have all the hallmarks of luxury including up-to-the-minute design and innovative use of ceramics, silicon and precious metals. 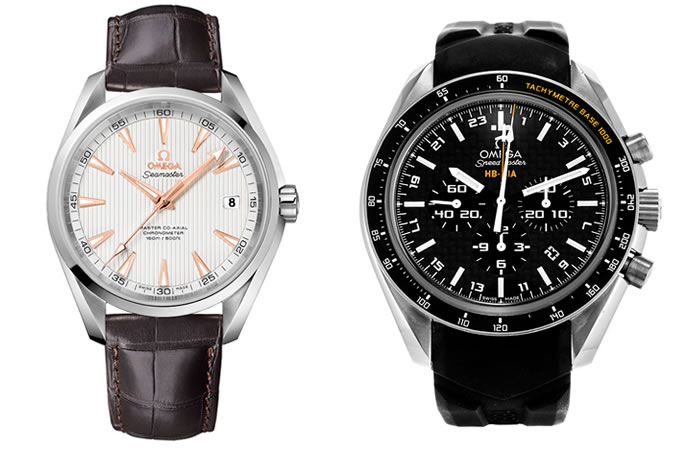 Bursting onto the scene at 1980’s Baselworld, Hublot’s speedily made a name for its unconventional take on fine watches. Carlo Croco, the brand’s founder, pioneered rubber straps on luxury timepieces, a juxtaposition that was at first ridiculed, and soon after lauded for its cleanness of line.

“With most product sitting within the £5k range, Hublot is undeniably an acquired taste, but such differences make for one of the most iconic brands out there,” says Fazal. 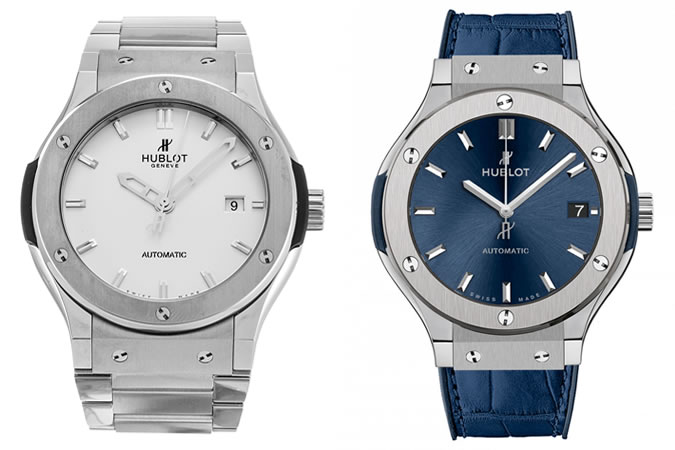 The big time. Though the most luxurious of wristwear can command millions, a budget of £5,000 puts you in line for some of the very best in pre-owned watches.

(Related: The beginner’s guide to buying a second-hand watch)

You are, by now, likely familiar with this Swiss watchmaker’s strapline: “You never actually own a Patek Philippe. You merely look after it for the next generation.” Which is, by all accounts, pretty smug. Then again, given the brand offers some of the finest handmade mechanical watches in the world, it’s probably earned its bragging rights. 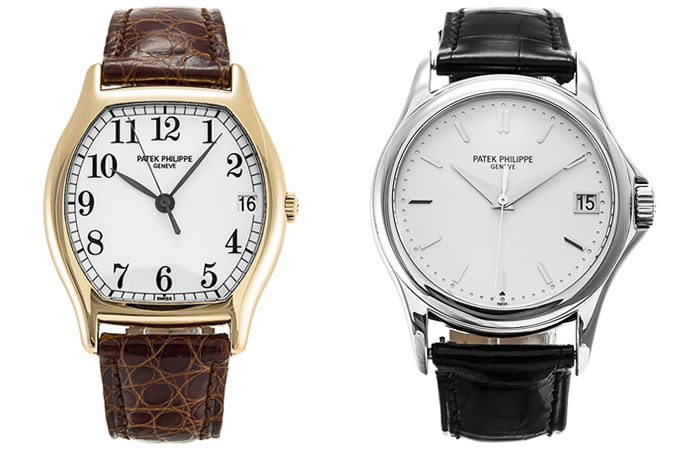 Has this guide shed light on the best names in watches? Or would you wager your money’s better spent elsewhere?