A first for the entire Diver collection, the introduction of this movement represents another major step in Ulysse Nardin independence. 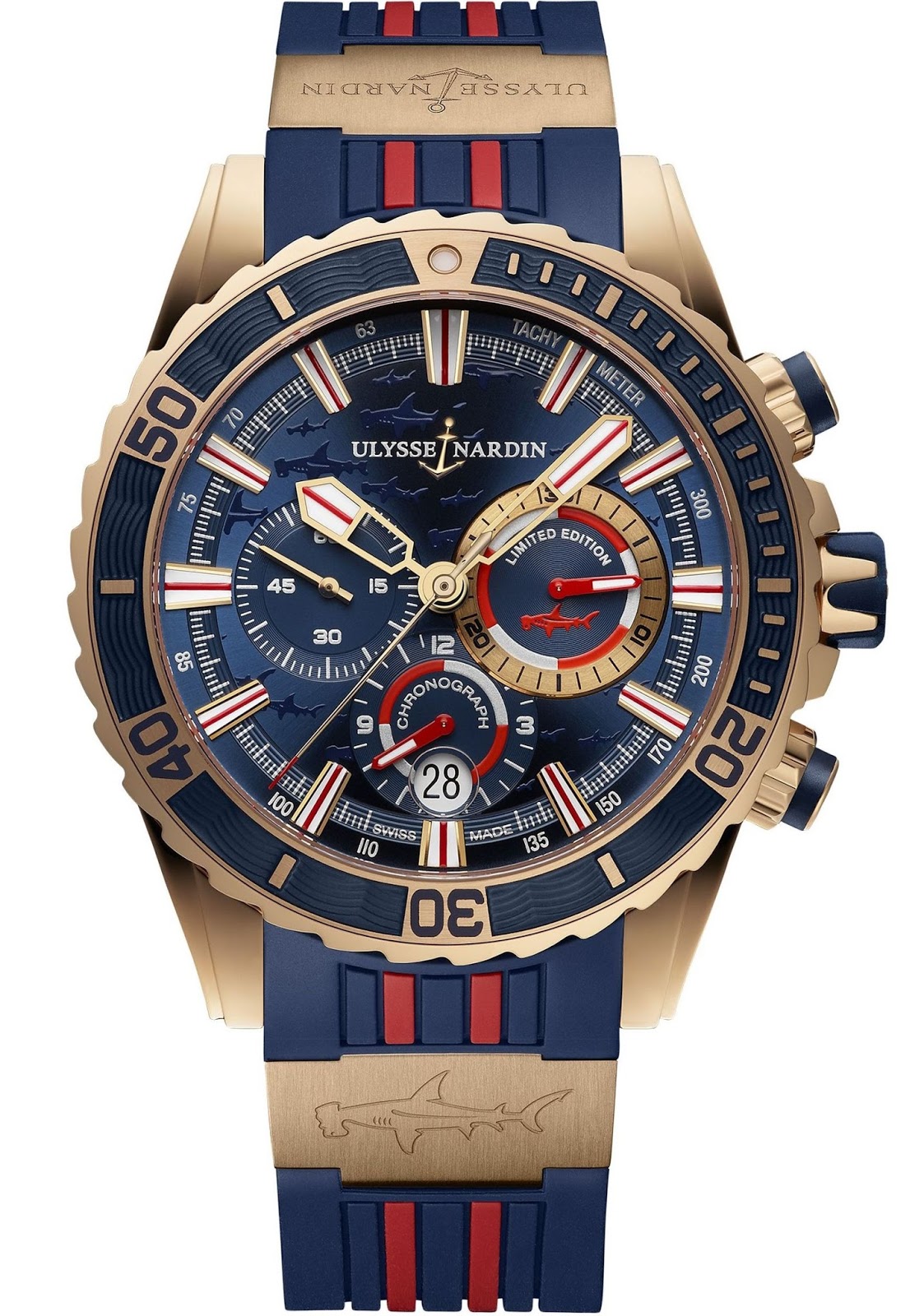 A quintessential marine instrument – now made even more powerful by the UN-150 – the Diver Chronograph Hammerhead Shark is presented as a limited edition in both stainless steel (300 pieces) and 18-karat rose gold 5N (99 pieces). Exceptionally nautical in style, both versions sport a deep blue dial with a signature hammerhead shark motif. Lifelike, the hammerheads appear to be waiting on their seamount before setting off to feed at night, only to return together to the same spot. They are the only sharks known to do this. Due to the shape of their expanded head, hammerhead sharks possess the sharpest sensory accuracy of all the sharks. Thus, they are the natural rulers in ocean navigation, renowned for their supreme navigational precision. It is no wonder the timekeeper bears the name “Hammerhead Shark.”

The watch’s oversized case – 44 mm, 48-hour power reserve, screw-locked crown, pushers, solid lugs, and unidirectional
turning bezel make it an essential watch for ocean travel and excursions. Rugged and reliable, it is the yachtsmen’s and diving enthusiast’s companion when stepping onboard. It offers supreme readability. The 30 minutes counter is located at 3 o’clock. At 6 o’clock, the date and 12-hour counter is displayed. And, at 9 o’clock rests the small seconds counter. Equally, it presents ultimate performance backup, water resistance to 300 meters, wrist stability, and ease of time tracking and measurement. 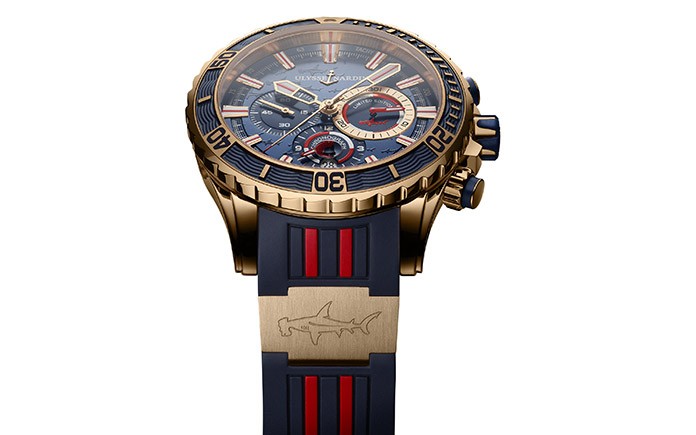 A regal red accents the most notable elements on the timepiece’s face, including the luminous indexes, watch hands and even the lone shark. Its bezel stands out by its characteristic wave pattern, further emphasized by its ornamentation impressed into the rubber band. An azure rotor with the shark decoration is visible through the open, sapphire crystal case-back. Combined, every inch of detail creates a dramatic finishing effect. 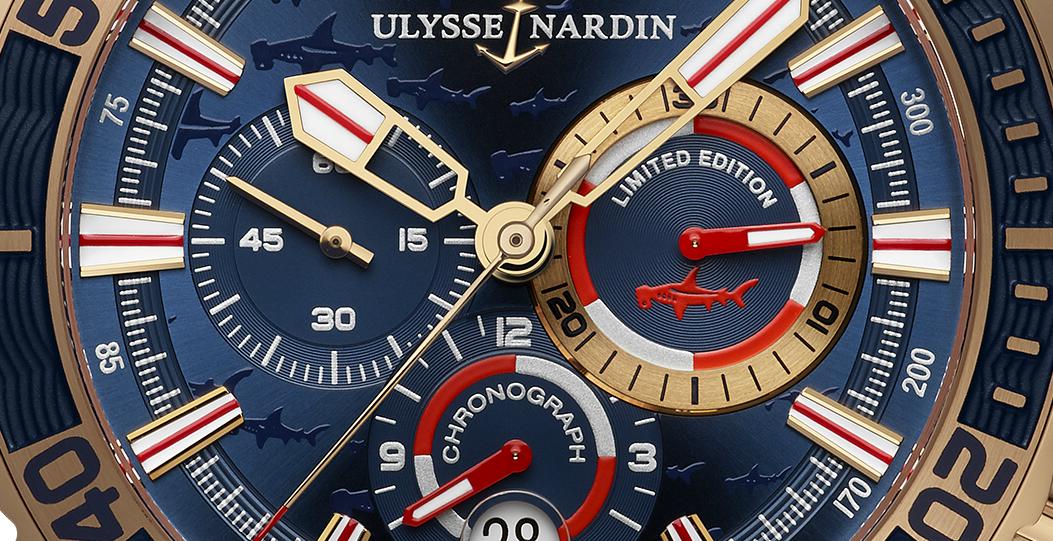 Since the beginning, Ulysse Nardin has been connected to the sea. A manufacturer of superb marine timepieces, it has now gone a step further, sailing towards independence with the execution of its in-house movement in the Diver collection. The Diver Chronograph Hammerhead Shark is a symbol of this milestone.