Ulysse Nardin presents the new FreakWing for Artemis Racing team in the America’s Cup, dedicated to the high-tech AC45 catamaran. This watch is inspired by the internal structure of the rigid sail, while the texture of the rotating hours disc evokes the mesh net of the multihull. The bezel and case back are forged from carbon fiber, an element that is omnipresent in high-level sailing. The new FreakWing is a limited edition of 35 pieces. 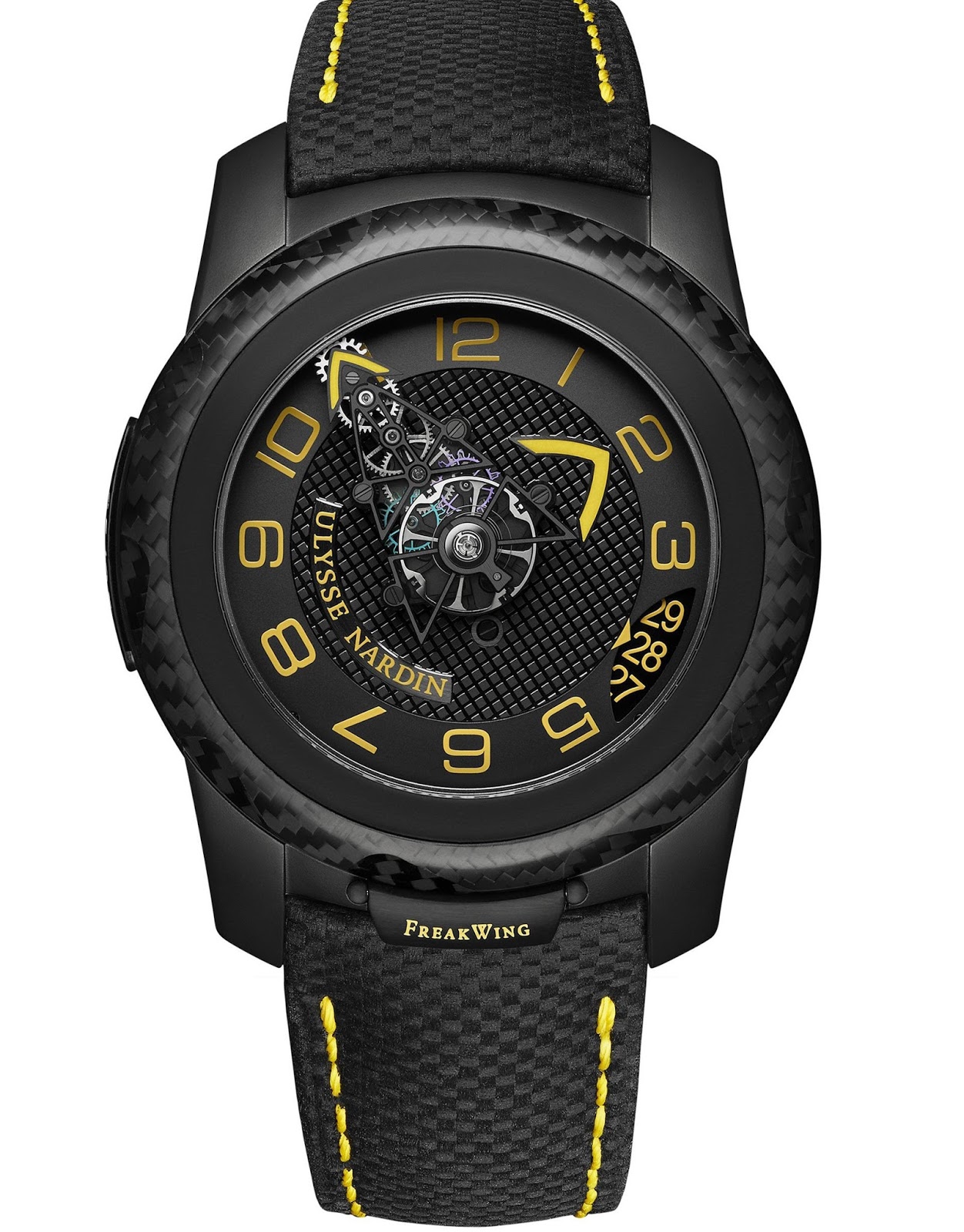 The Artemis Racing AC45 catamaran, the challenger of the Swedish Royal Yacht Club in the America’s Cup is designed like no other: its rigid sail in the shape of an aeroplane wing and foils allow it to reach up to 45 knots – more than 80 km/h. Ulysse Nardin‘s Freak collection follows the same philosophy. For fifteen years, it has produced the most audacious innovations and the most daring architecture. This watch was the first to integrate a silicium escapement in 2001, a diamond version in 2005 and the Dual Ulysse escapement in the same year. Without a dial or hands, it is made in such a manner as to pivot its movement on itself. The lower bridge indicates the time, while the upper bridge–which carries the gear train, the paired balance spring and the escapement in silicium, exclusive to the Dual Ulysse escapement– displays the minutes. 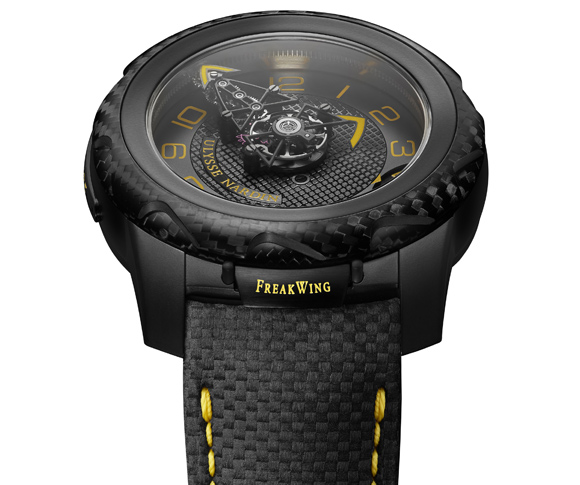 The new FreakWing displays its Tourbillon in the center, the Artemis Racing logo on the back, and offers a highly readable hour and minute display, as well as the date at four o’clock. The Caliber UN-210 offers a 8-day power reserve and beats at 28,800 v/h.

It features the patented UlyChoc safety system, entirely conceived, developed and produced in-house, that replaces three traditional micro-elements with just one made from nickel. This solution avoids any slack or friction, allowing for perfect re-centering of the balance wheel in the event of an impact. 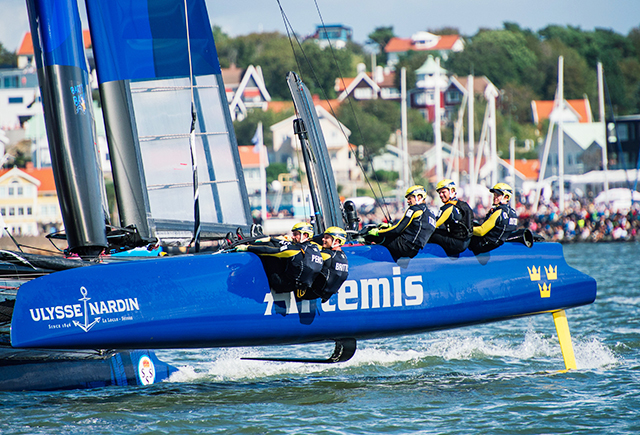 The FreakWing, which has a black DLC titanium case and a carbon-style strap with yellow stitching, is also phenomenal to use. In the absence of a crown, it is the upper and lower bezels, integrated into the move-ment, which perform the various functions: the first, secured by a safety clip between the lugs at 6 o’clock, can be used to set the hours and minutes when rotated clockwise, and to set the date when rotated anti-clockwise; the second, on the case back, is to wind the mainspring barrel.