If you Google ‘Jeremy Corbyn wristwatch’, you’ll discover that the leader of the opposition (such as it is) wears a quartz Timex. His is a gnarled lump of black plastic on a tatty velcro strap that’s well past its sell-by-date. I’m sure you can see the analogy.

Mr Corbyn is not a man likely to upgrade his timepiece to something more sophisticated any time soon, and it could be that a good proportion of you reading this might currently feel the same – even if your watch is a bit more carefully considered than his.

No, if you’re the sort who can’t fathom a quartz Timex– yes, the ones that cost more than the battery-powered ones yet do a less good job of keeping time accurately – a piece aimed at convincing you of their merits might be as welcome on your screen as an email from HR about Christmas party cutbacks.

I get that. Well, sort of. I get that your Casio F-91W does a perfectly serviceable job of telling the time, and, that if you’re anything like a former colleague of mine, you can buy five of them in different colours from a nice man in Hong Kong for a tenner.

I also get that a lot of mechanical watches are blazingly expensive. And that most people can’t afford a Patek Philippe. Unfortunately, I’m squarely in that camp, too. But even then, I do think it’s time you upgraded your quartz watch, no matter how pretty her face is, to something mechanical. And it’s not just because I’ll think more of you. 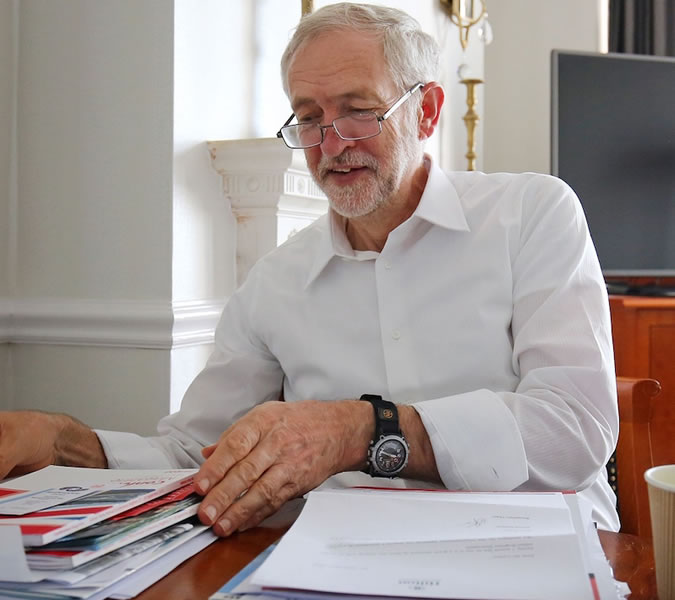 Jeremy Corbyn wear a quartz Timex on a velcro strap

Let me explain. Forgive me if you already know, but it might help first to clarify what a mechanical watch is, and why it being mechanical makes it more expensive than a quartz equivalent.

Inside a mechanical watch is a ‘movement’: a precision-engineered, hand-assembled unit made of hundreds, and occasionally a thousand and more, tiny parts. To simplify, these come together as a mainspring (a tight coil that acts as a power source), an escapement (it regulates how that power is used and links to a fast oscillating wheel, which makes the ticking sound of a watch) and a gear train (to convert that power into the rotation of hands, date windows and so on).

In the main, these movements make mechanical watches accurate to within 10-20 seconds a day, and many, like a lot of Rolex’s latest, to within just a few seconds. That might not sound all that good, considering your Casio shifts roughly four seconds a month, but remember that there are no computers to regulate them, nor any satellites to correct them when they drift. And, being honest, if a watch loses a minute a week, it’s not going to cost you your job.

But to make this centuries-old technology, you need a state-of-the-art factory, or as the aficionados like to say, a manufacture. These are full of machines that cost hundreds of thousands of pounds and can mill screws thinner than an ant’s leg. Imagine that. And now imagine screwing one of those into a tiny hole, drilled to fit.

Basic watchmaker training at the lodestar Swiss school WOSTEP takes two years and involves 3,200 hours of bench time. Even learning to polish a case takes 16 weeks’ training. Watchmakers, fairly in my view, are well paid – the starting salary for a watchmaker in this country is around £30k, should you be interested. 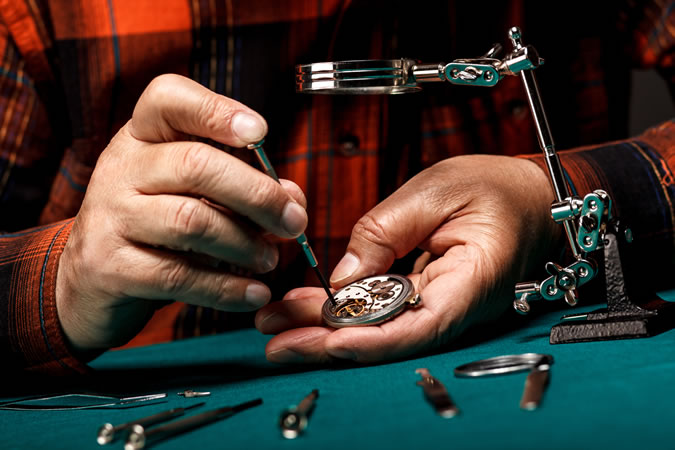 Watchmaking is an art form

That’s scratching the surface, but even so, it should be clear why it’s so expensive to make a mechanical watch. But what that doesn’t do is mitigate for the recent soaring retail prices of Switzerland’s finest, which won’t have gone unnoticed if you keep an eye on the market.

Reasons for these hikes are legion, and they keep coming. Brexit, for example, has already forced Swiss HQs to up prices in the UK by as much as 10 per cent to account for the weakness of the pound (nice one, Nigel).

The other big factor is that because of some very complex domestic politics that I won’t go into now, Swiss brands outside the Swatch Group (the conglomerate behind Omega, Longines, Tissot, Breguet and a dozen or so others) have been obliged by Swiss competition laws to invest in manufacturing their own movements over the last decade. See above for how much it costs to make a watch – and then remember that Breitling, IWC, Bremont and many others besides have set up their own movement manufacturing programmes since the mid-2000s. Someone’s got to pay for that.

But enough. Understanding what goes into a mechanical watch is unlikely to provoke a wave of Damascene moments for the naysayers. Rational explanations only go so far, because in truth buying a mechanical watch over a cheaper alternative, or simply relying on your phone, is no different to taking dinner at Pollen Street Social when you could go to the working men’s social club. Or driving a Porsche instead of a jalopy. 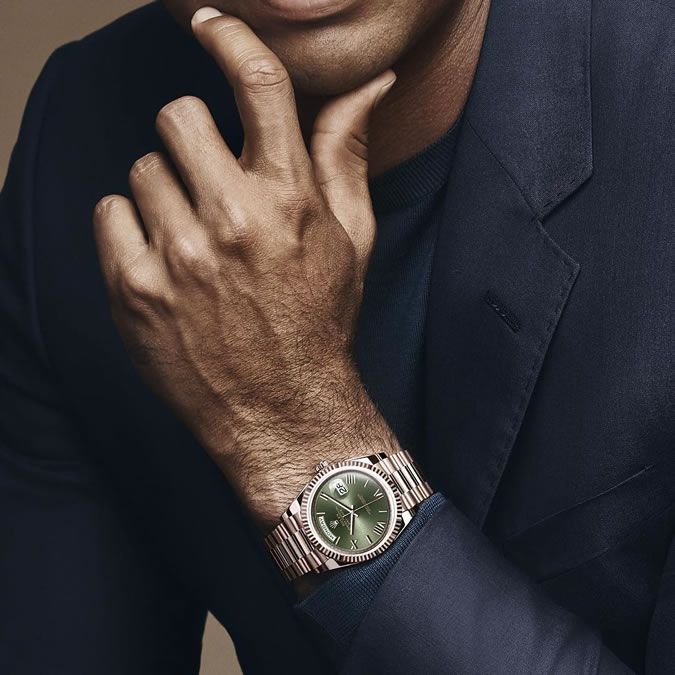 A mechanical watch allows us to express our appreciation for something done the best it can be done. There’s intellectual stimulation in a complicated mechanical watch designed, engineered and even marketed by very smart people. There’s also value in grasping the backstory behind a mechanical watch. That can be true of a quartz watch, too, I know – but only up to a point.

But more than that, mechanical watchmaking is not just something to derive pleasure from, it’s something to lionise and perpetuate. In one form or another, watchmaking has been around for 500-odd years. Its longevity gives it value and makes it worth protecting, particularly in our disposable age. We should celebrate it. There’s nothing wrong with that. And in fact, I’d wager at that level the general population would actually agree. Which is why the clapped-out-old-watch-wearing Mr Corbyn won’t win the next election.

Step Up In Time

Find out what all the mechanical fuss is about without blowing a big hole in your bank balance with a classic Hamilton automatic.

Available at The Watch Hut, priced £595. 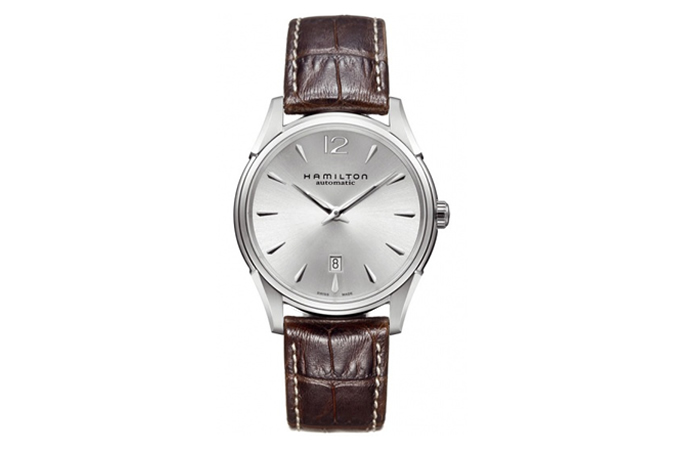 Oris only makes mechanicals and is on a one-brand value mission that delivers great watches like this retro diver’s piece.

Available at Watches Of Switzerland, priced £1,150. 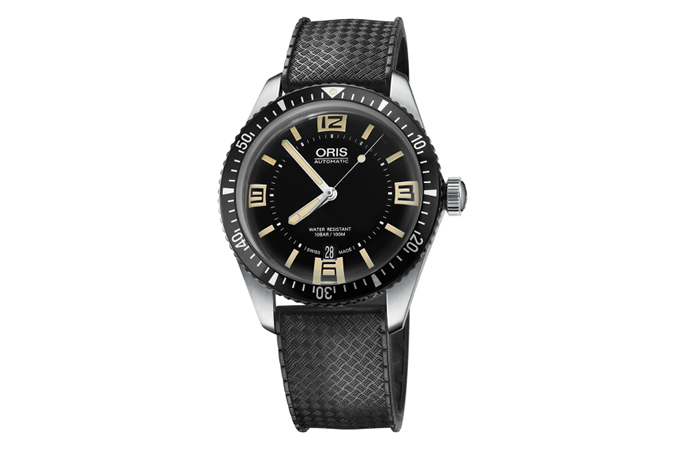 Available at Watches Of Switzerland, priced £1,705. 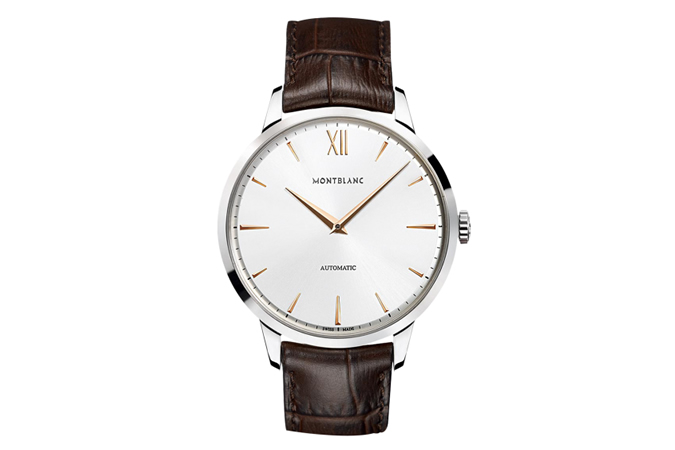