Partner of the “Tour Auto Optic 2000” for the past two years, Zenith presents an exclusive series of 500 El Primero chronographs dedicated to this classic car rally raced on French soil. With its high-performance engine and its timeless sporty look, this legendary chronograph flies high the banner of a human-driven adventure brimming with thrills and technical feats. 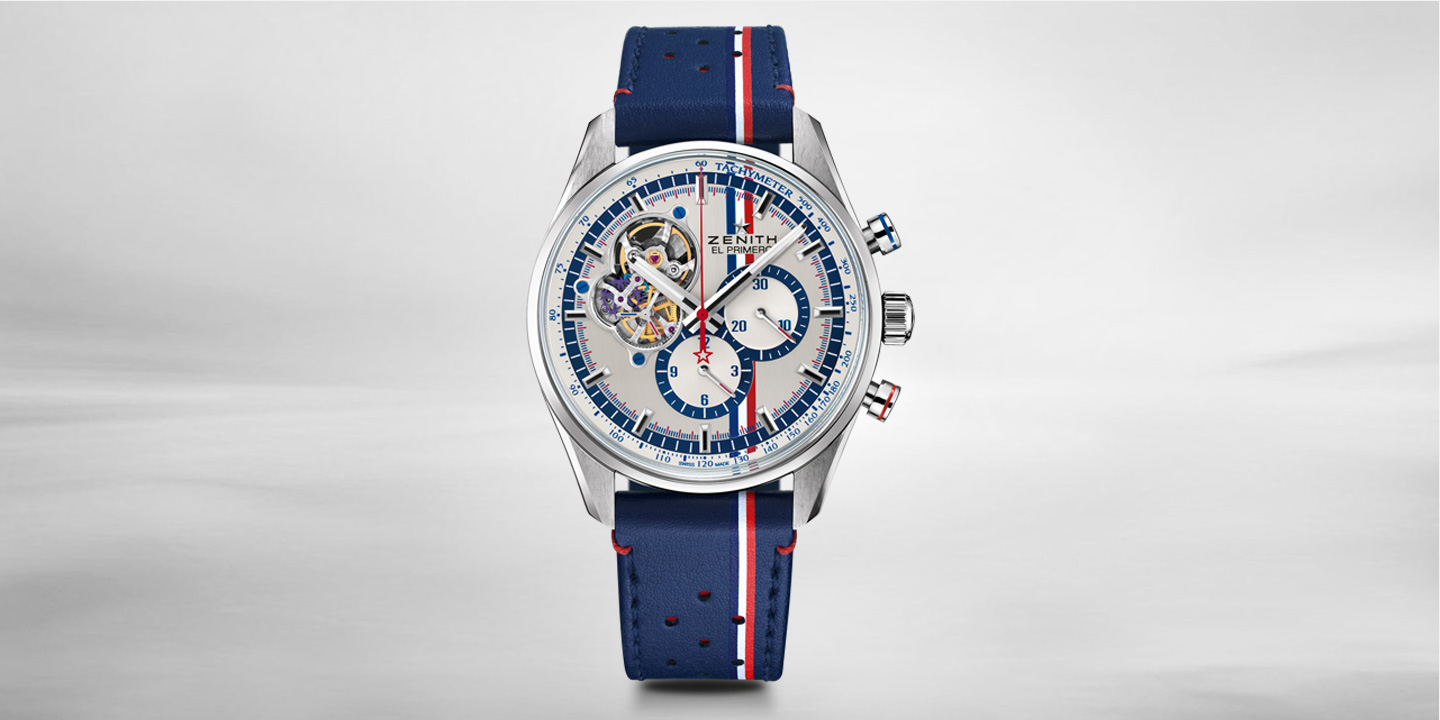 For 25 years, the “Tour Auto Optic 2000” has seen authentic collector’s cars vie with each other across an approximately 2,000 km stretch between Paris and Cannes. From April 18th to 24th, 240 contestants will be winding their way through the most beautiful regions of France, testing their mettle on closed roads and circuits dotted along the five legs of the race. Only car models having taken part in the historical race between 1951 and 1973 are eligible for the competition and must not have undergone any modification of their engine or bodywork. Inspired by these exceptional automobiles that have found their way through the decades while maintaining their remarkable performance and their inalterable style, the El Primero Chronomaster 1969 Tour Auto Edition watch brings a classic racing icon to the wrist.
Like a car bonnet raised to display state-of-the-art mechanics, the famous 11 o’clock dial opening reveals the beating heart of the El Primero 4061 automatic chronograph movement. Exactly as in the world of competition, qualities such as speed, performance and endurance are the keynotes. With its swift pace of 36,000 vibrations per hour driving a tenth-of-a-second display, its COSC chronometer-certified precision and its integrated column-wheel construction, this El Primero leaves no doubt as to its legendary origins. It is worthy descendant of the world’s most accurate series-produced chronograph developed by Zenith in 1969. Fitted with a silicon lever and escape-wheel, this 282-part movement drives central hours and minutes hands, along with chronograph and tachymeter functions, while ensuring a 50-hour power reserve. 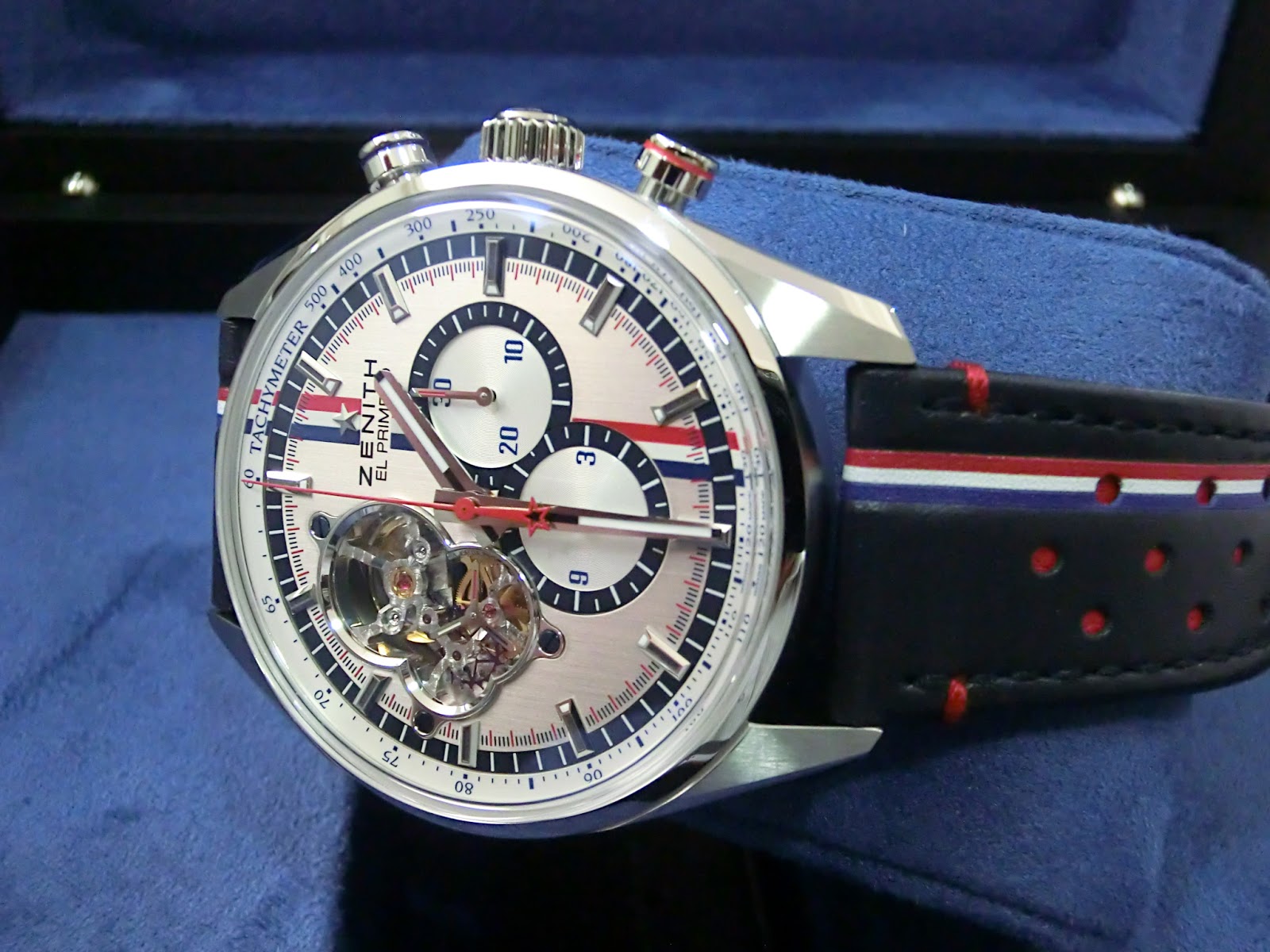 The El Primero Chronomaster 1969 Tour Auto Edition chronograph beats to the frantic rhythm of the race for performance and features correspondingly sleek, streamlined bodywork. Its high-performance mechanism is housed in a 42 mm-diameter brushed steel case featuring two round pushers and a fluted crown. Fitted with a domed sapphire crystal, the slender polished bezel provides a generous opening onto a slate grey dial decked out in vertical blue-white-red vertical stripes – a reference to the French rally banner.

This tricolour touch echoes the pushers and the small seconds trident. Surrounded by a tachymeter scale, the distinctive dial is punctuated by two snailed counters, swept over by a red central sweep-seconds hand and ensuring optimal legibility in any lighting thanks to the luminescence of its hour-markers and its facetted hours and minutes hands. The case is water-resistant to 100 metres and its exhibition back bearing the engraved race logo reveals an oscillating weight adorned with a “Côtes de Genève” motif. 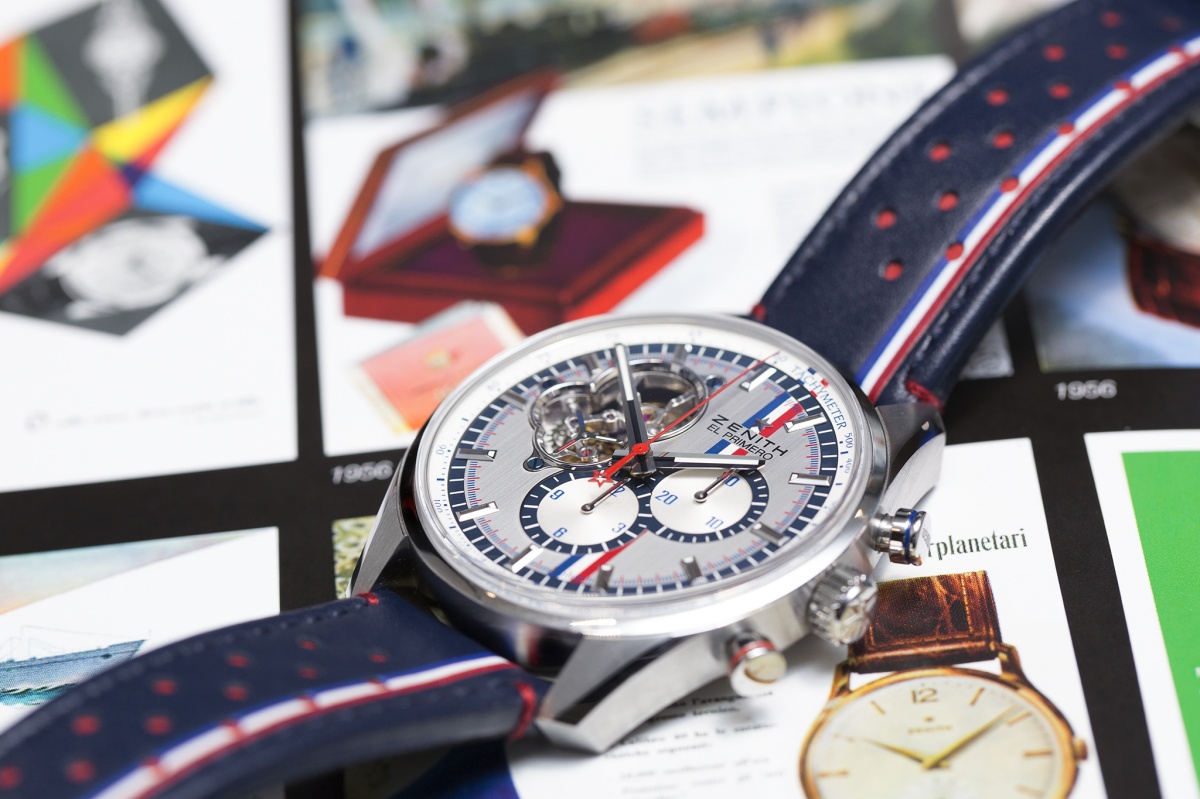 A natural born sports model with a fiery temperament, the El Primero Chronomaster 1969 Tour Auto Edition gives a final nod to the world of the French competition with its fabric strap also bearing tricolour stripes, secured by a stainless steel triple folding clasp.