From now until the end of April, TAG Heuer is showcasing a small collection of historically important watches, most of them chronographs from the 1960s and ’70s, in one of its Paris boutiques. If you find yourself in the French capital, you should definitely head to 12 Boulevard des Capucines and pay the boutique a visit. 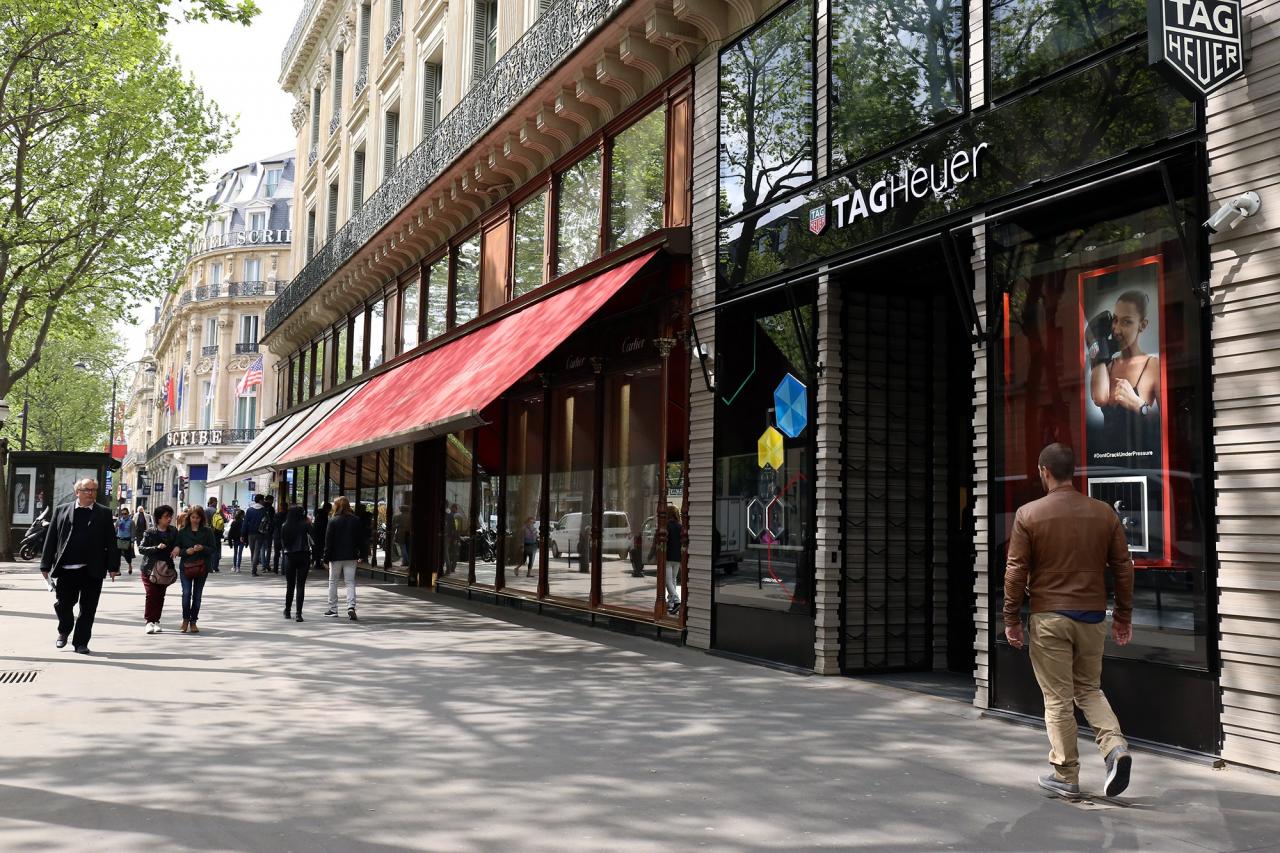 The small trove of watches has been lent to the shop by the TAG Heuer Museum and a handful of private collectors. These particular watches provide a link between the company’s past and TAG Heuer’s current collection, marked by the recent comeback of several of these vintage pieces. 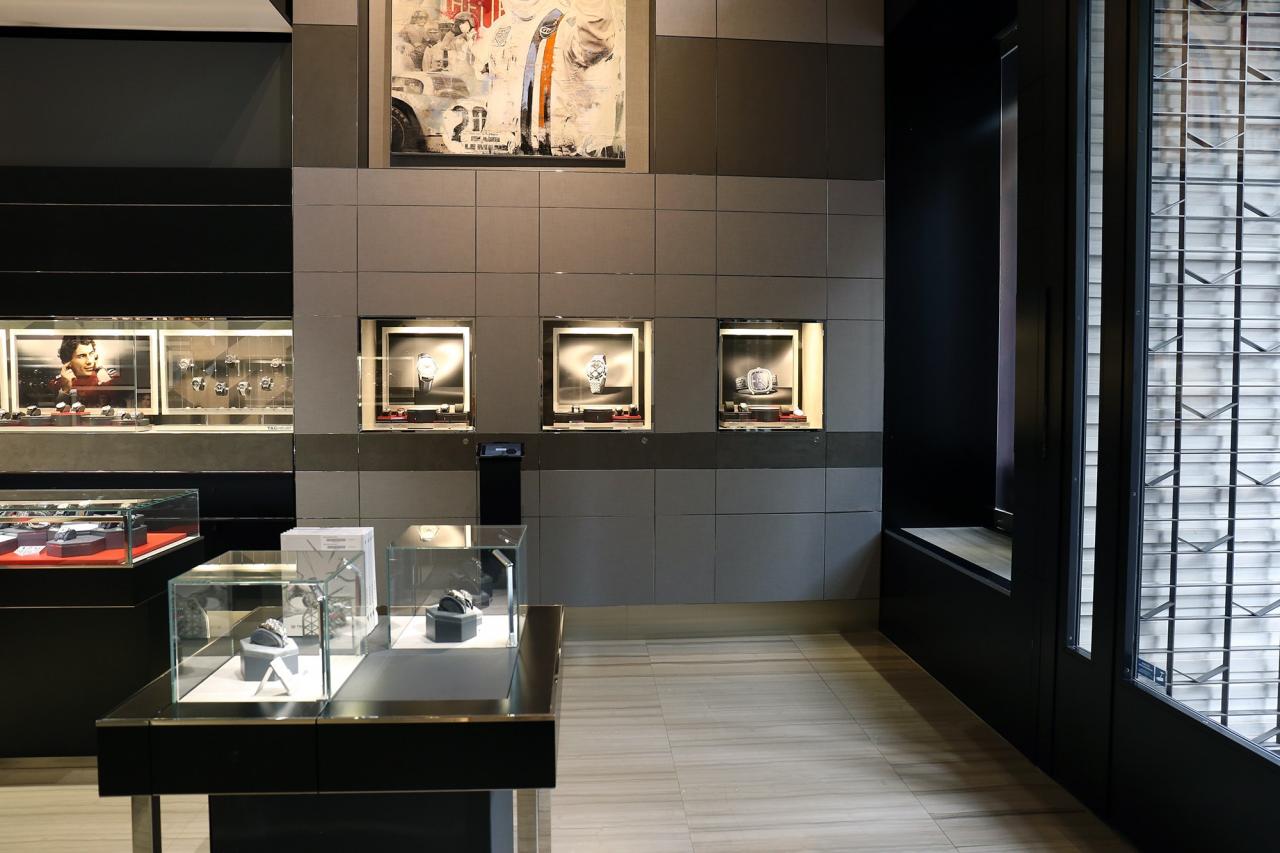 Currently the boutique is hosting a small exhibition of vintage chronographs.

Placed next to one another, the watches display the chronograph’s evolution at Heuer; a mere comparison of the Autavia and the Montreal could not better highlight the design evolution from the 1960s to the ’70s. It is definitely not the only reason to check these chronographs out though, as each has its own deep roots in the automative world. A yellow gold Carrera reference 1158CHN similar to the watches that were issued at the time to Ferrari F1 drivers is just one example.

I’ve compiled a few photos of the watches currently on display, in case a trip to the boutique itself isn’t in the cards for you. It’s not everyday you get to see these watches, especially in this condition. 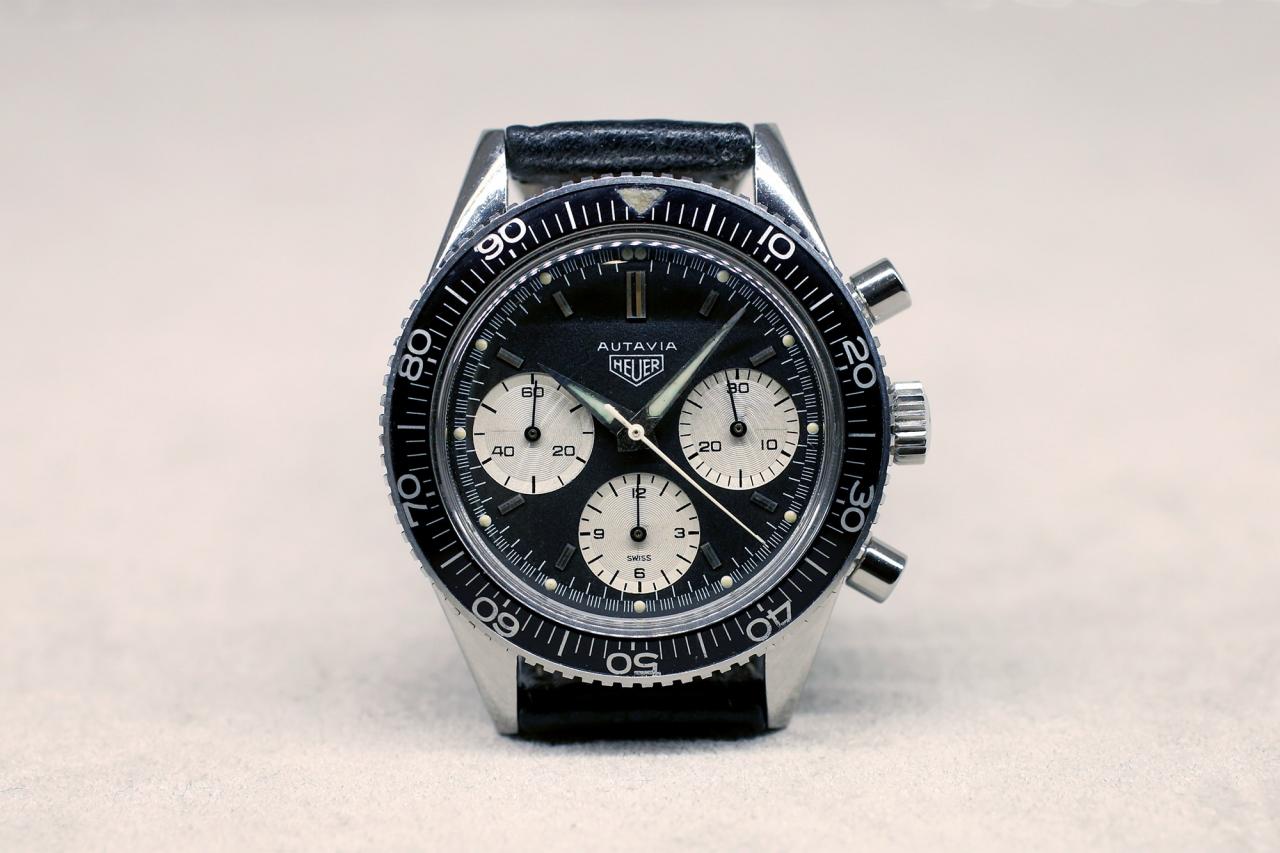 A Heuer Autavia, ca. 1964. This family of chronographs shared its name with a former line of dashboard clocks.

Add a dash of colour and lower the dimension. That is the secret formula TAG Heuer have employed in their popular Carrera Heuer-01 timepiece which to start with debuted in back in 2015. 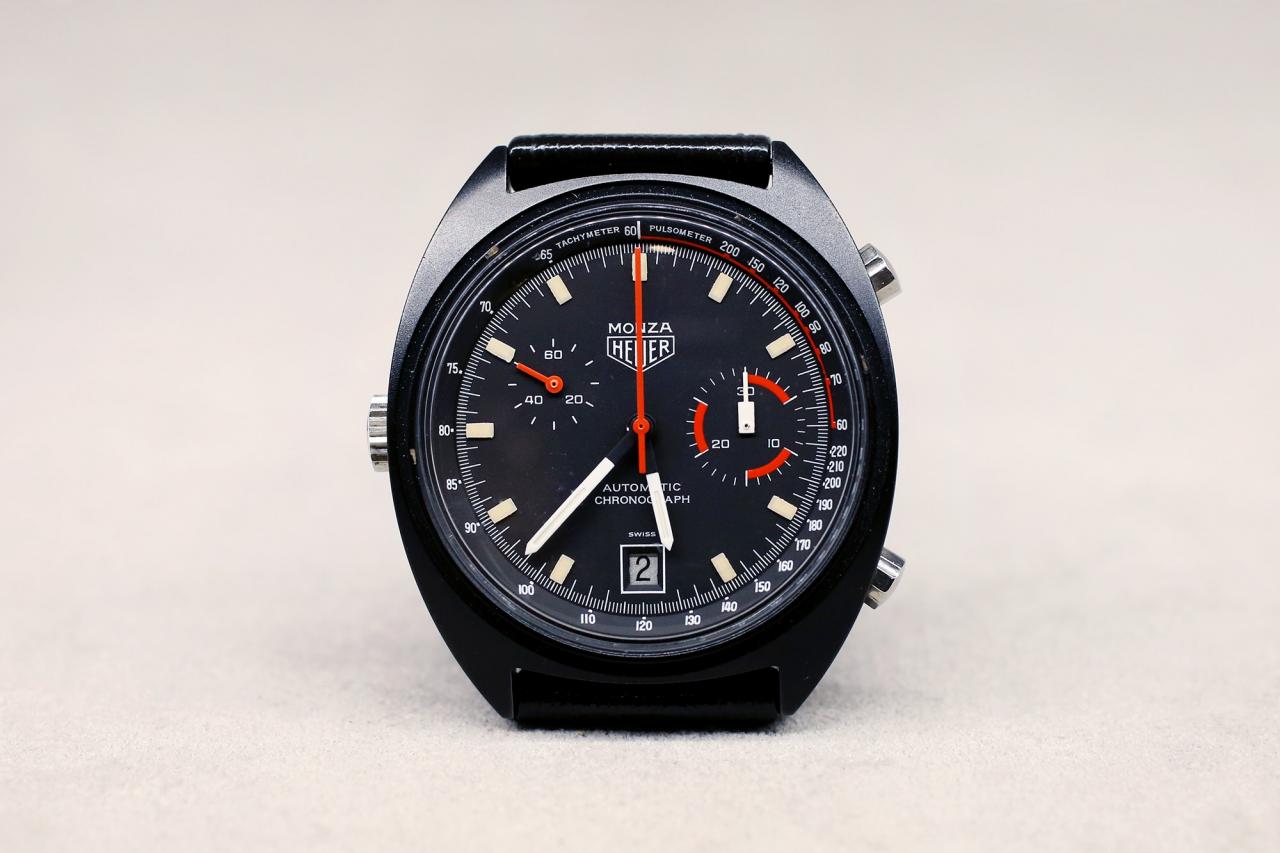 An original Heuer Monza, ca. 1976, made in honor of Niki Lauda’s championship-winning Formula 1 season with Ferrari. 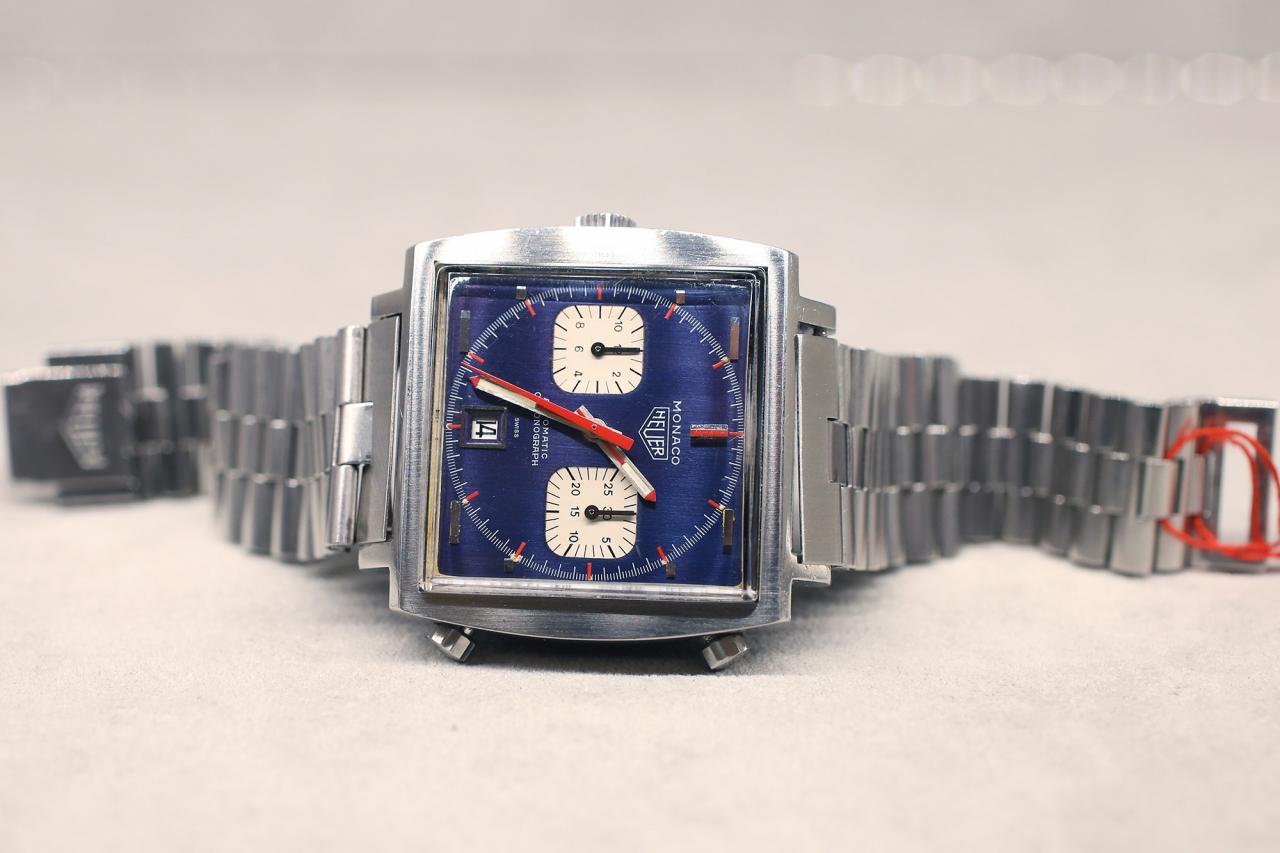 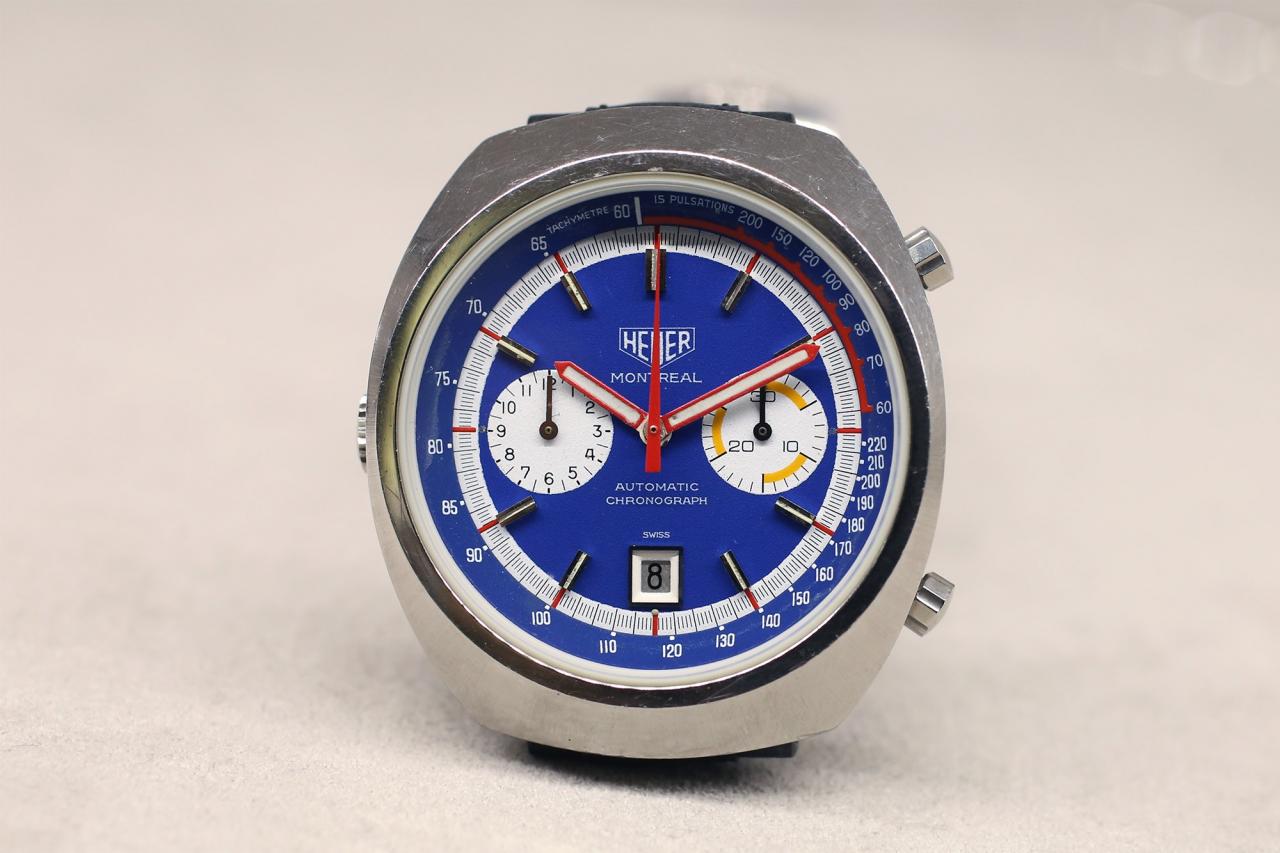 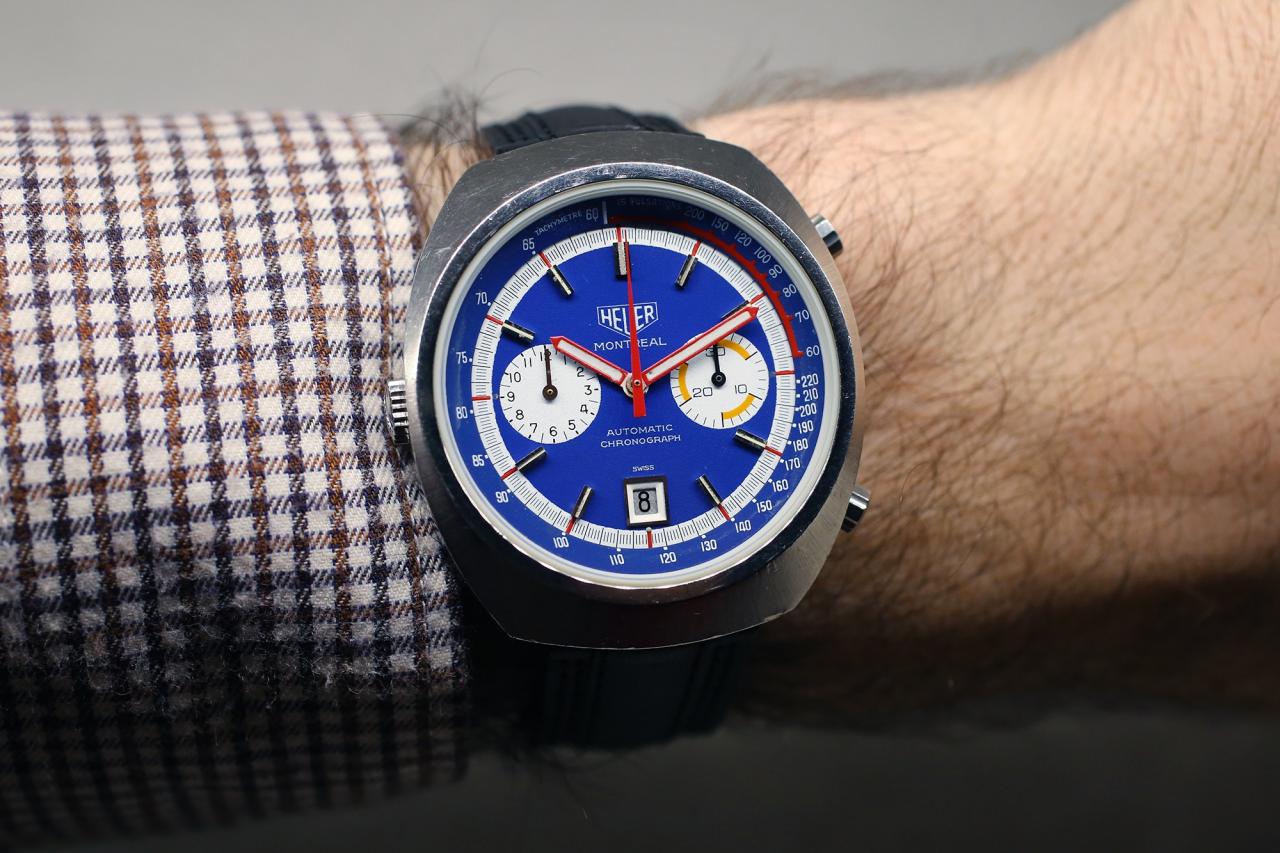 The Heuer Montreal has lots of presence on the wrist. 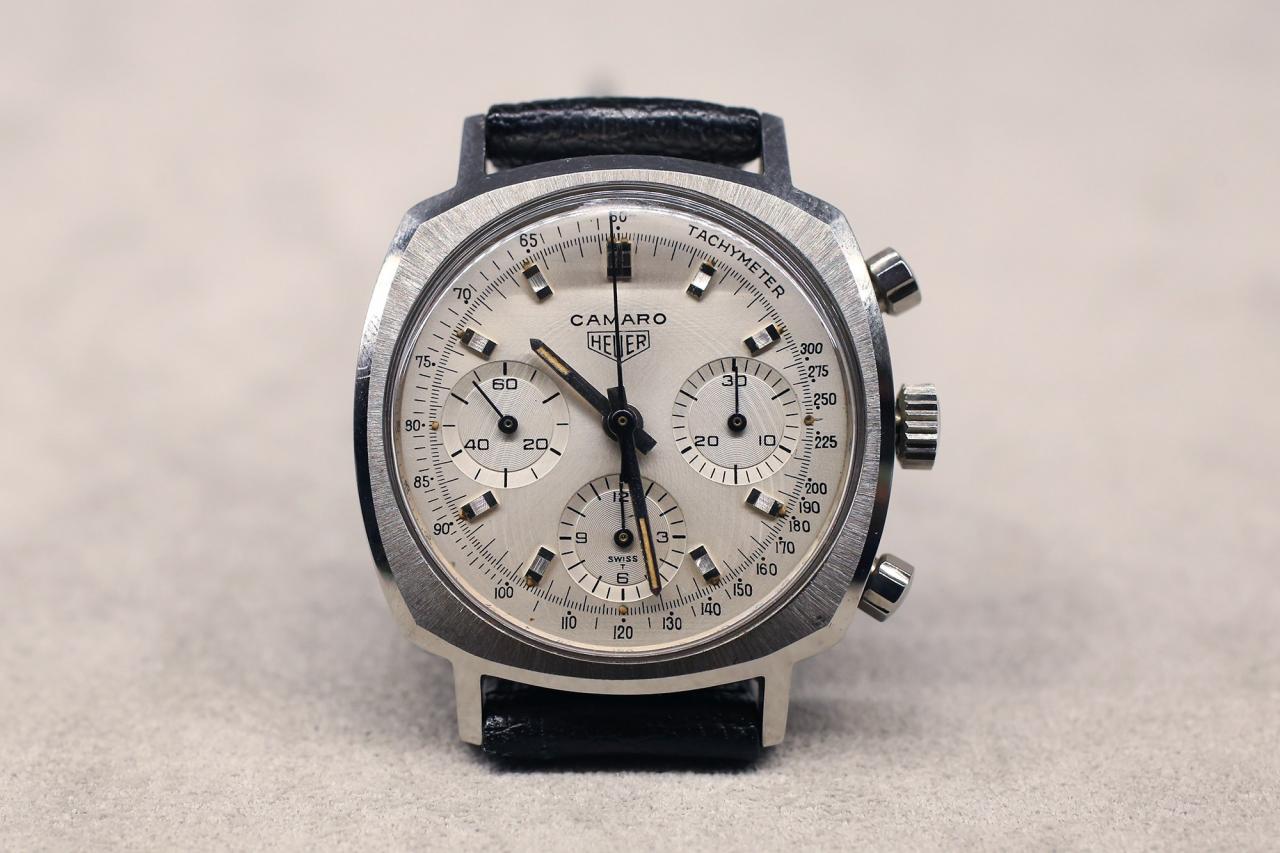 A 1970s Heuer Camaro, a manually-wound chronograph with a cushion case. 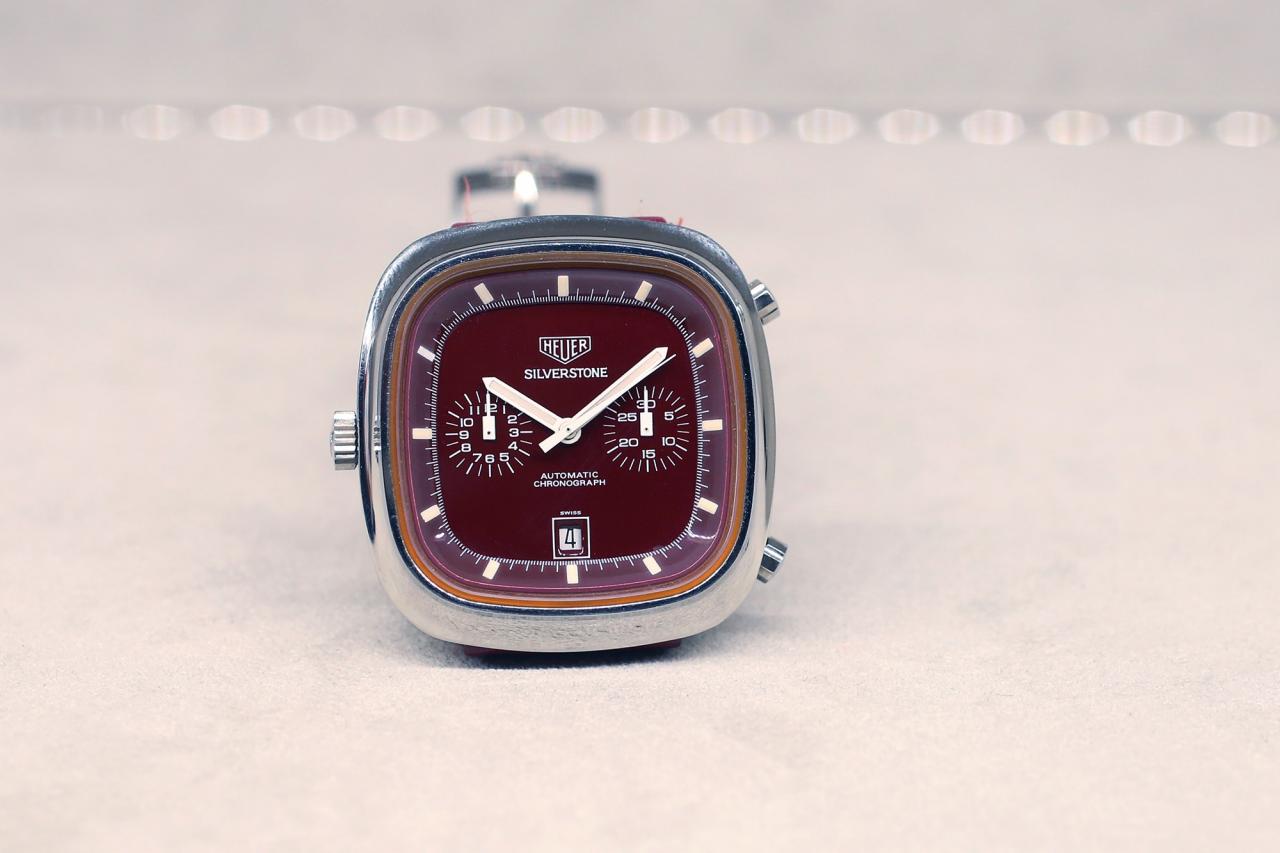 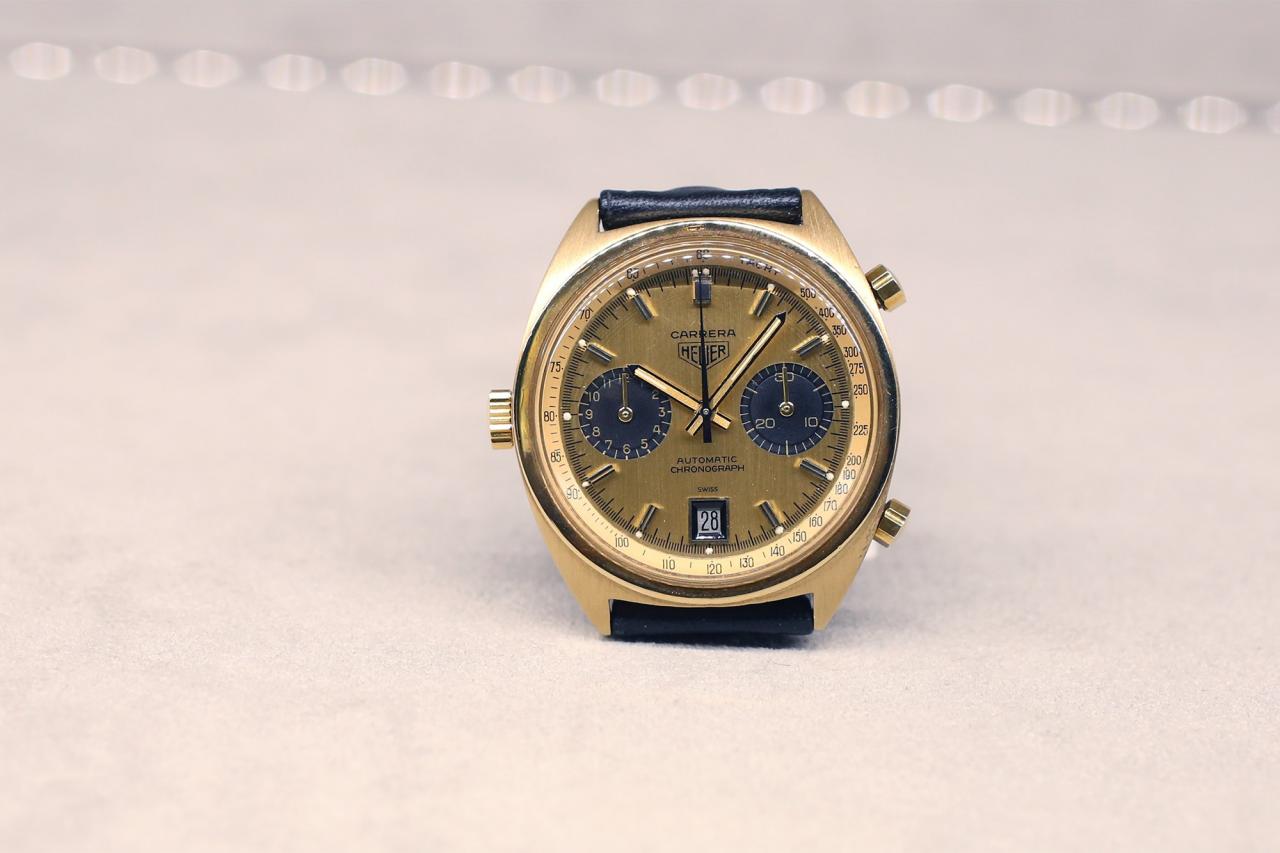 A gold Heuer Carrera reference 1158CHN, similar to those given to Ferrari F1 drivers. 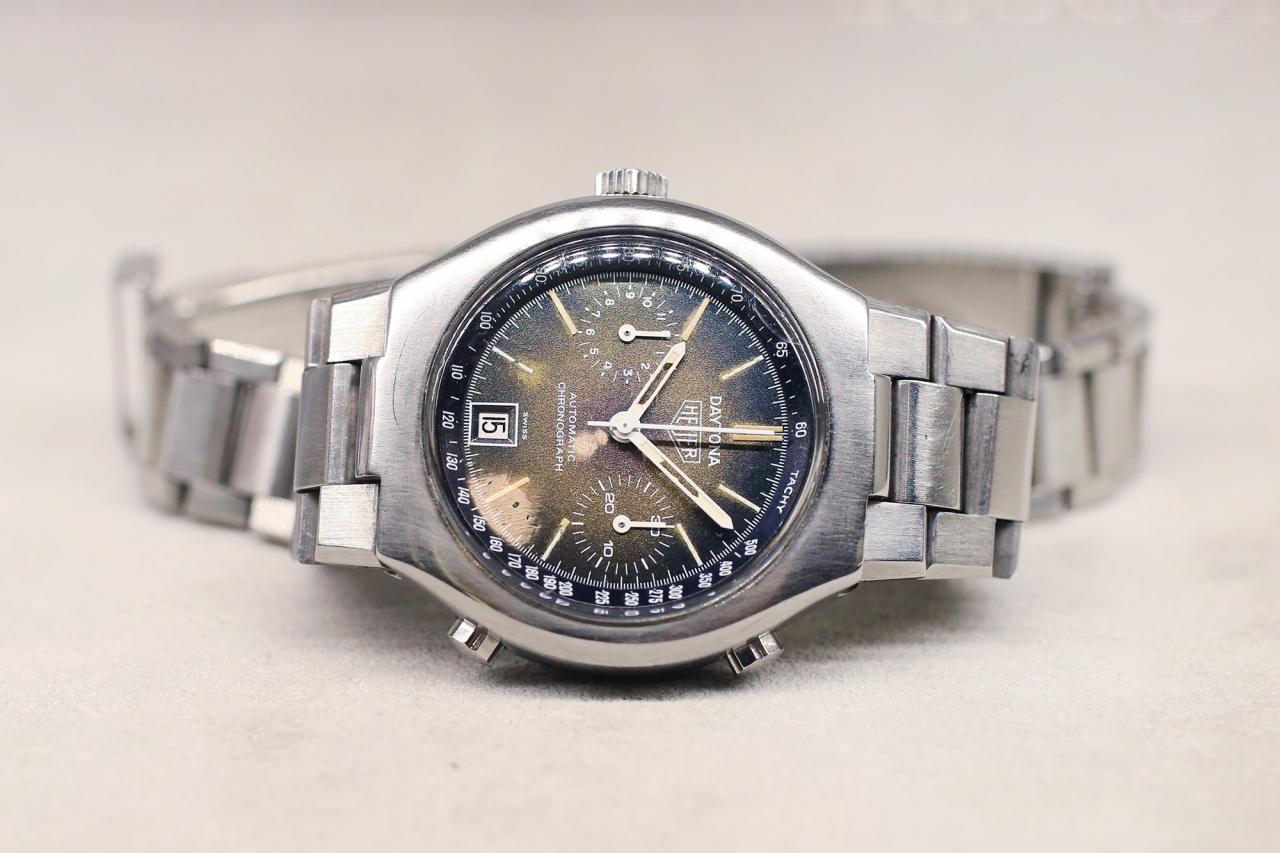 From the 1970s as well, a patinated Heuer Daytona automatic chronograph made after the famous American racing circuit.

This exhibition of vintage chronographs is on display at the TAG Heuer Paris boutique located at 12 Boulevard des Capucines, and it runs through the end of April 2017. For more, visit TAG Heuer online.