Times are tough in Geneva. The Swiss watch industry hasn’t contracted this hard since the 1970s Quartz Crisis, when the rise of cheap, more accurate movements suddenly made throwing thousands at a mechanical watch hard to fathom. Forty years on, it’s the global recession and growth of smartwatches making consumers reconsider car-priced wristwear. But this time, the big brands aren’t sleeping.

The response, at this year’s Baselworld, was to simplify. Cases shrank, as pre-credit crunch dinner plates dropped below 40mm, taking price tags with them. And steel proved more precious than any other metal, with complications normally housed in gold enjoying a bank balance-friendly makeover. Add in Rolex’s new steel Daytona, with its Cerachrom bezel (current waiting list: five years), and suddenly horology’s humblest metal is on every wrist.

Most complications are watchmakers flexing their manufacture muscles. But for travellers, the GMT is genuinely invaluable. The extra hand tells the time in a second location, so you don’t wake up your other half with a 4am call because you misjudged the time difference on a Tokyo trip.

As additions go, it’s also pleasingly minimalist, where chronographs and their sporty ilk can quickly clutter dials. This utilitarian offering from Frederique Constant is as timeless as timepieces get and – with a 38-hour power reserve and looks that go from boardroom to black tie – makes a perfect travel companion. 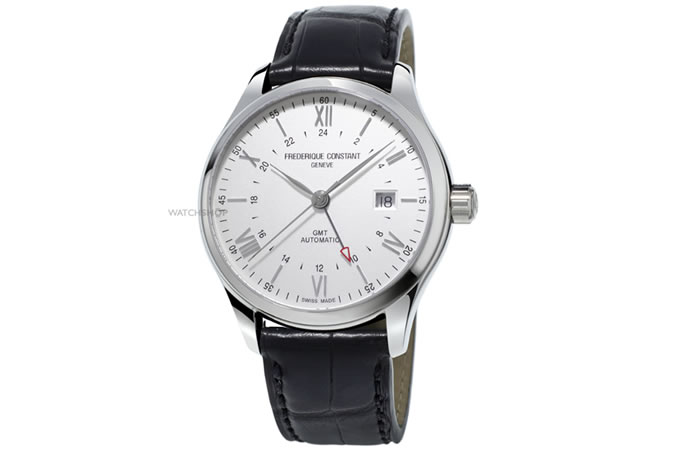 REC salvages iconic cars and uses their rust-coated parts to make watch components. The Danish brand started off with a range of timepieces that housed bits of old Minis, and now its moved on to Mustangs.

Ignoring the less is more brief (as a watch made from a muscle car should) the P51-02 comes in at a hefty 44mm and has a cool power feature that ticks down its 48-hour reserve on an indicator that resembles a fuel tank gauge. One for the weekend with your scuffed Red Wings and denim. 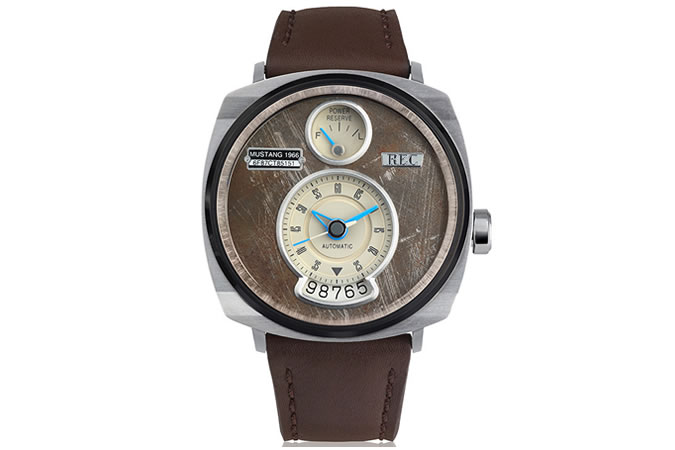 Taking its style cues from Junghans’ Max Bill Chronoscope, this minimalist chronograph is powered by a quartz movement, hence the wallet-friendly price tag.

Though numberless sub-dials mean you probably shouldn’t use it to time Usain Bolt, the blue hands and Milanese strap bridge the gap between sporty and smart. So you can wear it for work and play. 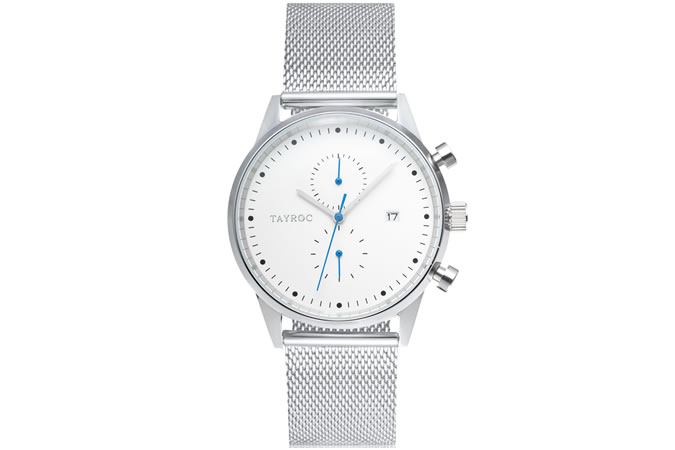 It’s easy to overlook the Japanese giants when buying a new watch, such is the Swiss grip on the industry, but Seiko, lest we forget, make robust, long-lasting timepieces that are well-designed and tremendous value for money.

Which is why it’s the go-to for people who actually wear their diving watches for diving. This is an updated version of a model that Seiko originally made in the late 1970s, which explains a retro case shape you could picture on Roger Moore-era Bond.

Its rubber strapped sibling is the one if you’re going underwater – it won’t slip off your wrist when the pressure squashes your wetsuit – but the rugged steel bracelet is the pick for dry land. 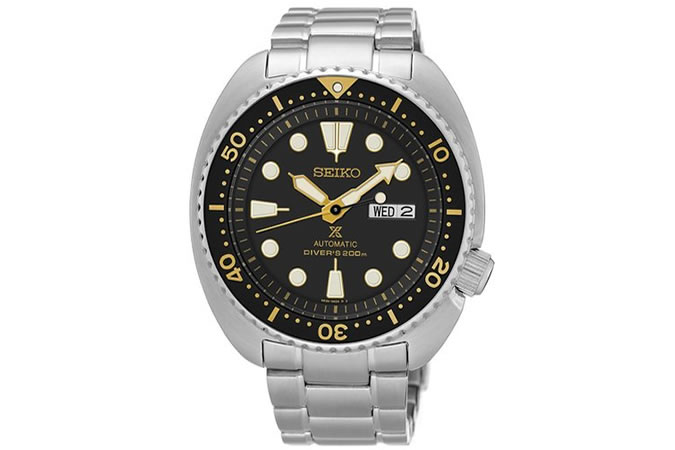 One of three models in Bremont’s Jaguar range, the MKIII takes its design cues from the much-loved E-type. That means a subtle tyre-tread pattern on the winding crown and a red quadrant between three and four o’clock, which pays tribute to the E-type’s dashboard (and gives an otherwise muted dial a bit of pop).

Typically for a Bremont, the watch sits high off the wrist and though the case measures a chunky 43mm, that’s still slimline compared to its garage mates. Fitted on a racing strap, this is one for the polo-shirt-wearing motorsport aficionado. 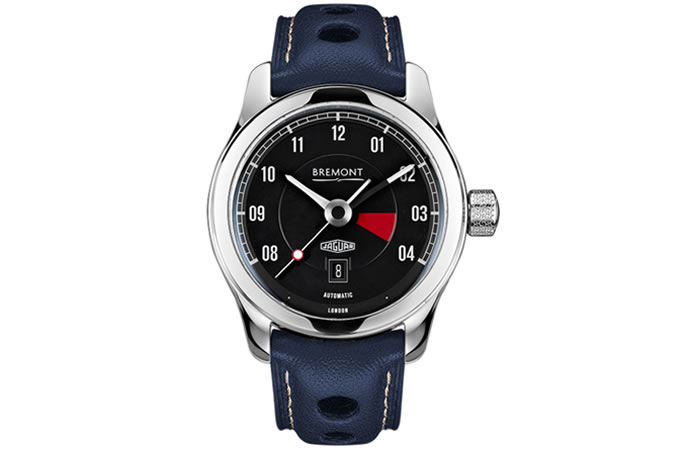 Longines’ plundering of its substantial archives for its popular heritage collection continues. The original of this spartan-but-classic Railroad model was a manual wind and, at 35mm, tiny by today’s standards (although one in good nick can sell for four figures on the vintage market).

Longines has housed the 21st century version in a 40mm case, given it an automatic movement, and kept everything else pretty much the same – including the inner 24-hour markings, a requirement of watches worn by the train crews of North America in the 1960s.

Versatile enough to be worn with anything. Even a conductor’s uniform. 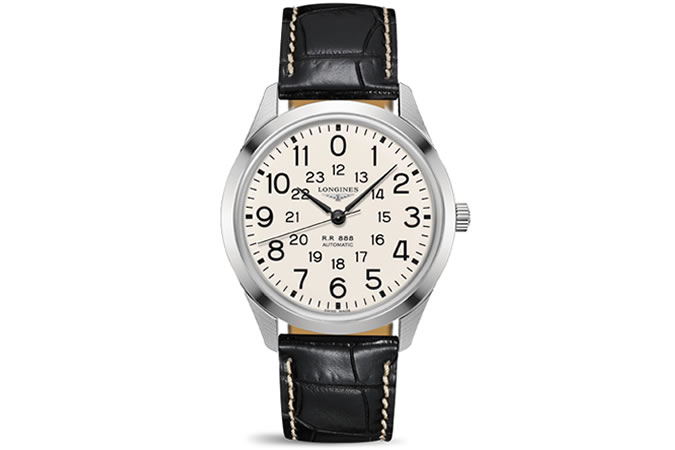 Another cool Scandinavian brand that has managed to distinguish itself from the horological herd, Triwa make some of the nicest looking watches around. They also put a huge amount of thought into their straps, which are made at a centuries-old Swedish tannery and cannot be beaten for comfort or appearance.

This model drags the dress watch into the 21st century: sensible size, clean dial, thin hands and a sub-dial at 6 o’clock that echoes the corrugated effect on the strap. Nice touch. 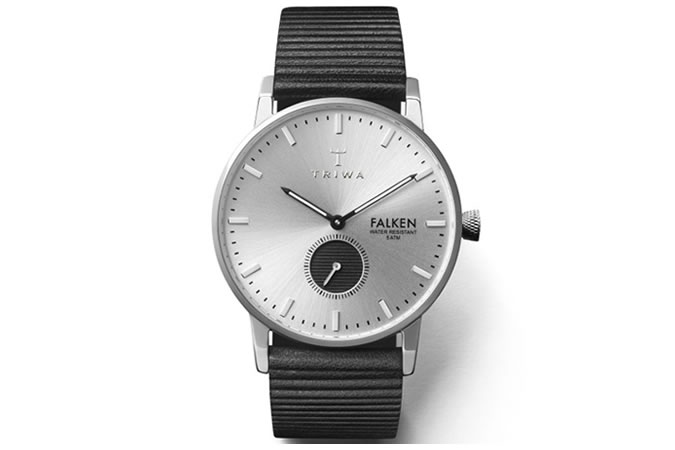 German brand Sinn released its twist on the classic pilot’s ‘Flieger’ design at BaselWorld, but it could have come straight out of the cabinet of a Luftwaffe memorabilia collector. The bead-blasted steel case and sand-coloured markings, on a matte black dial, give it a real vintage feel.

It comes with a tan leather ‘bund’ strap, but if you’re not a trance DJ, opt for either the black rubber or steel bracelet version instead. As the name suggests, the 856 B-UHR is limited to just 856 pieces worldwide, so swoop like a Messerschmitt before it’s too late. 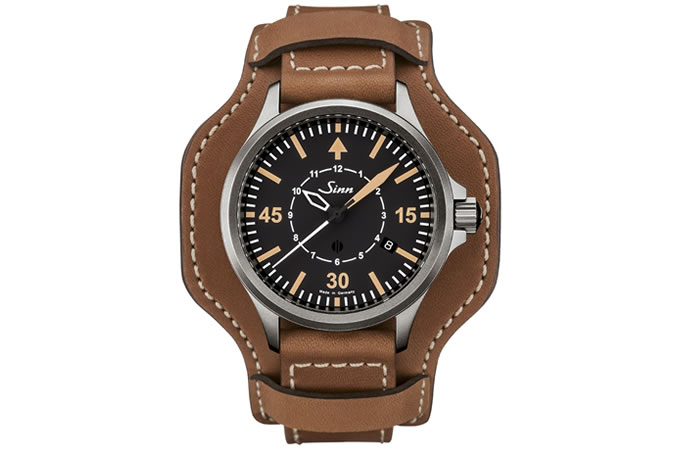